Guddan Tumse Na Ho Payega is based on saas-bhau drama serial watched by the majority of women. In fact women are crazy for these serial, they could forget to make food but won’t forget to watch these serial.

In which durga, Lakshmi and saraswati plans to look for a wife for their father-in-law, then they meet a young woman Guddan and try to convince her to become their mother-in-law. This serial premiered on 3rd September 2018. It is played on Zee Tv channel and comes on every weak days and casts for 9pm to 9:30 pm.

These serial suddenly took twist from saas-bahu serial to action thriller by Guddan , Guddan who can be said as youngest saas of India. She recently took a Mission impossible type of event where Guddan has 10 minutes to save her family members life. She has been through a poisonous gas and even gets bitten by the poisonous snakes to save her family. 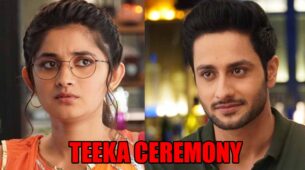