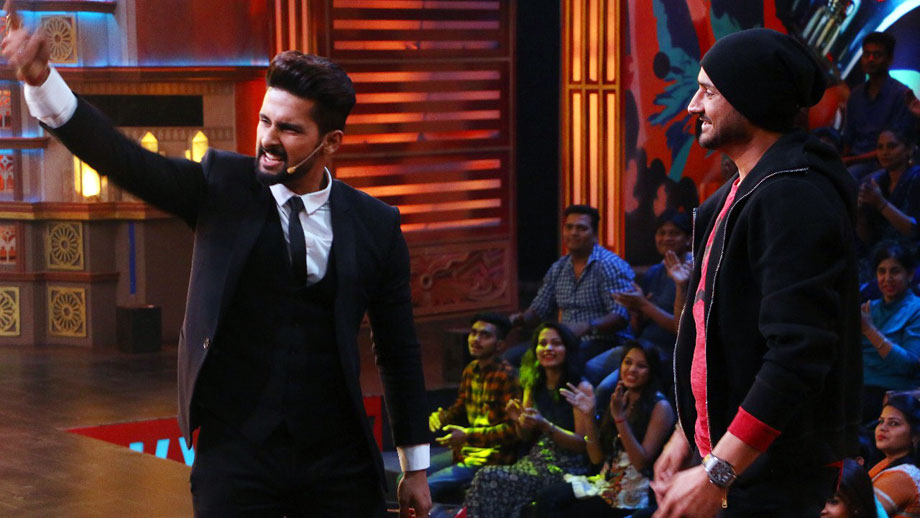 Colors is all set to take audience on a laughter riot with its late-evening upcoming comedy show ‘Entertainment Ki Raat’ produced by Optimystix. The show with all kinds of entertaining segments including stand-up comedy, musical rapping, drop the mic, celebrity chat segment and many more, the show will prove to be an entertainment variety show.

In the first episode, audience will witness ‘The Turbanator’ Harbhajan Singh as a guest.

The spinner will enjoy Ravi Dubey’s performance so much that he will call him a complete entertainment package. During the show, he would even admit that he has become a big fan of Ravi.

Wow! That is a huge compliment for the multi-talented Ravi.

As we know, Entertainment Ki Raat brings together an ensemble cast of some of the most loved faces of Indian television. Ravi Dubey, Dipika Kakar, Karan Wahi, Asha Negi and Mubeen Saudagar will be seen keeping the audience in splits with mini talent-bombs Kavya, Kian and Divyansh putting up a Stand-Up act like no other. Aditya Narayan with the ‘Drop The Mic’ segment will challenge celebrities to sing while RJ Malishka, Raghu Ram and Balraj Siyal will be seen hosting a fun segment – interviewing guest celebrities.