Shaheer Sheikh must debut on digital platforms, and here's why! Since Yeh Rishtey Hain Pyaar Ke has been receiving much love from all the viewers and has become the most popular serial on Indian television, the credit goes to the only person, Shaheer Sheikh. We saw how Abir aka Shaheer Sheikh is romancing Rhea Sharma who plays Mishti in the show. Their powerful chemistry got us bowled! The story of the series is something that excites more! The man Shaheer Sheikh is enough for the industry as we know he alone can make the whole industry work. Say his few tv shows like Kya Mast Hai Life, Mahabharat, Dastan-E-Mohabbat, Kuch Rang Pyaar Ke Aise Bhi, and now Yeh Rishtey Hain Pyaar Ke. Not once, we saw his show is down due to his acting or his reason, so in short when it comes to acting or dialogue delivery, Shaheer Sheikh is the Picasso of it. Nowadays, many web series are doing great, and also many actors and actresses are turning into digital platforms as they get to explore more and also witness the new side of the industry. And we all wish Shaheer Sheikh too must do something like this. Nowadays, since the web series are trending, we still wonder why Shaheer Sheikh isn’t seen on the OTT platform, right? Recently, in an interview with the media, Shaheer Sheikh was asked why he isn’t interested in the digital platform to which he said, he is the man who likes to concentrate on one job, and currently, his job is to romance Mishti from YRHPK, lol! Shaheer added that he will think of it only after the show ends and we don’t think it will be over sooner. Also, read Get the comfy and glam look like Shaheer Sheikh! 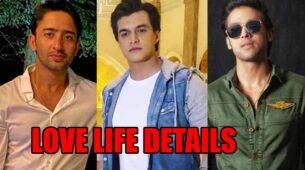