If you are looking for a subtle, innocent and pure romantic story then Yeh Un Dinon Ki Baat Hai has got exactly what you need to watch. Indian television serials are often misjudged as over-the-top drama and full off overflowing emotions within the same serial plot. A lot has changed in the past few years and it is all looking like the much-needed positive revamp as well. However, if you are tired of watching those kind of soaps and want something fresh then you should really check out Yeh Un Dino Ki Baat Hai, which airs on Sony TV.

What’s so great about this show? Well, it is simple and soothing, it’s quite realistic and to top it all, it’s even set in that early 90s look and feel! 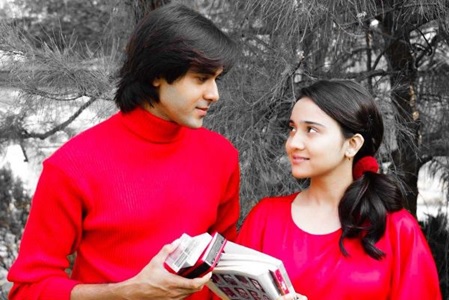 How the lead characters, Sameer and Naina, manage to sneakily communicate with each other during class and the way they steal looks is pure nostalgia for the kids of 90s, who knew exactly how tricky it was to romance back in the day.

Instead of trying to promote upcoming movies by playing their hit tracks, Yeh Un Dino Ki baat hai scenes have songs from the 90s and even 80s! All the classics like Maine Pyaar Kiya start bring those college day memories back to you. This show definitely promoted the strong but subtle couple moments by not focusing on how the female lead falls into the guy’s arms every time to create a moment but by simply looking in each other’s eyes and getting lost in the moment.

In this ultra-modern era where are lot of critical and trendy cinema is being produced, it is refreshing to be reminded about the era where romance was innocent and romantic (and maybe not this digital either!). If you haven’t already watched this show yet then start right away!