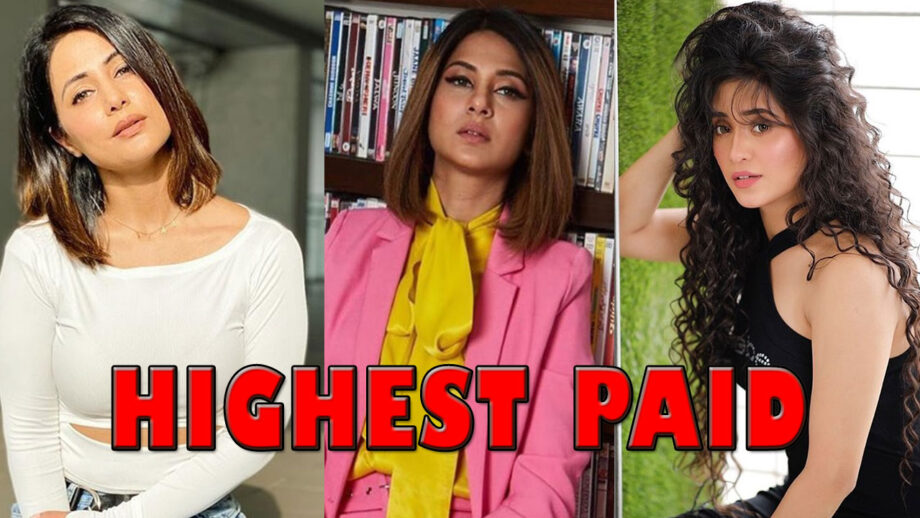 No wonder why Indian television has been considered to be one of the biggest entertainments in the field of acting. Various shows and Tv series are giving a tough competition to all Hindi films. And talking of the shows, we have many actresses who established themselves as the highest-paid actresses in the industry. To name a few, we have Hina Khan, Jennifer Winget, and Shivangi Joshi.

Starting with the best, we have the bold and beautiful actress, Hina Khan. She has blessed our eyes with her various characters like Komolika from Kasautii Zindagii Kay, Akshara from Yeh Rishta Kya Kehlata Hai, and also, she made some great statements in the Bigg Boss house and stood as runner-up. She charges 1.5-2 lakhs per episode, as per media reports.

The next person we have is Jennifer Winget. Be it her role as Kumud from Saraswatichandra, Maya from Beyhadh, Zoya from Bepannah, or Ridhima from Dill Mill Gayye, the way she acted and had her magic on-screen tells us why she is one of the best ladies in the showbiz. Talking of her salary, she charges around 1 lakh per episode, according to media reports.

What a mid-life …I mean, mid-week crisis, looks like! 💁‍♀️

Lastly, we have Miss Shivangi Joshi who with her cute magic on her fans makes us all drool upon her Naira Goenka look in Yeh Rishta Kya Kehlata Hai. She is also included in the record of the richest actresses in the industry and here’s why! She charges around 40k per day (as per media reports) and that is also huge, isn’t it? We wish her a good opportunity for her future.