Actress Seema Pandey always had a penchant to do comedy!! And now after being part of the popular and cult show Hum Paanch’s newest season, the actress is over the moon!!

Says Seema,” I feel like winning a medal after bagging Hum Paanch Phir Se. I have always wanted to do a comedy show, and this has come as a blessing.”

Seema feels that there is no scope for comparison between her role and the one that actress Shoma Anand played in the original series. “I have a completely different dialect to portray and this makes for all the difference. I am simply enjoying talking the UP dialect. The whole family is shown to be from Banaras as you have seen.”

Seema who has earlier done comedy in Sumit Sambhal Lega claims that the show of a totally different genre when compared to Hum Paanch Phir Se. Her character in Jamai Raja too was very different. “My character here is of a very loud lady. I get louded onscreen to what I am in real life (smiles). As an actor, you tend to enjoy this diversity at times wherein you get the freedom to play a character which you cannot play in real life.”

The lady goes down the memory lane to tell us that she had attempted comedy way early in her career with shows Shubh Mangal Savdhaan, Mungerilal Ke Haseen Sapne, Idhar Udhar etc, nearly 20 years back. On the response she has gotten for this role, she avers with a smile, “My friends called me to tell me that I play the character very well. Generations have changed and there is no comparison to the earlier version. After 22 years, Hum Paanch has come again and I would say that every actor is justifying the character got.”

Seema, wish you all the luck!! 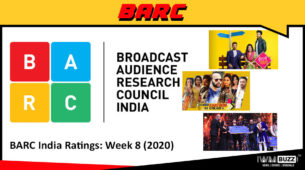