Impersonating the legendary actor of Bollywood, Dilip Kumar, Aasif Sheikh as Vibhuti will be seen playing the role of Vibhuti’s father who just like his son. 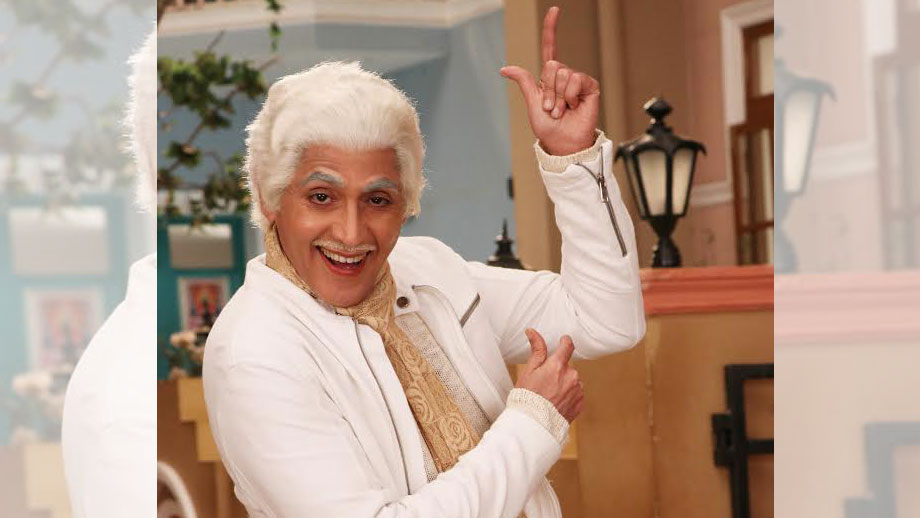 His knack for acting and a zeal to step beyond the generic role of his character has undoubtedly made the character ‘Vibhuti’, played by Aasif Sheikh in &TV’s Bhabiji Ghar Par Hain a favourite amongst the viewers. Living up to the expectations of his huge fan following, the actor will bring yet another visual surprise for his fans, that is sure to get to leave them amazed with his ability to pull off almost any character.

Impersonating the legendary actor of Bollywood, Dilip Kumar, Aasif Sheikh as Vibhuti will be seen playing the role of Vibhuti’s father who just like his son, will make several attempts to woo Angoori Bhabhi. On being taunted by Anita and termed as a ‘kaamchor’ husband, Vibhuti is left homeless and helpless, figuring his next step of action. Aware of the fact that Angoori Bhabhi is out to help and provide shelter to some old and poor people, Vibhuti decides to fool her by pretending to be his own father. Residing in Angoori Bhabhi’s house much to Anita and Tiwari ji’s dismay, Vibhuti finds his comfort place close to the woman of his dreams. With a peculiar style of dressing in an all-white suit and white hair, complemented by an unusual accent and style of walking, Vibhuti perfectly resembles and enacts the legendary Dilip Saab.

Talking about bringing alive the character of the ‘tragedy king’ of Bollywood, Aasif Sheikh said, “Dilip saab has been my idol for so many years and his work onscreen has been a constant source of inspiration for me. Resembling or impersonating a legend like him is challenging and almost near to impossible. It would be a huge achievement and proud moment if the viewers find even 2% of him in my new role. He is an absolute gem of the film industry and I hope and pray for his speedy recovery. Meanwhile, I hope the viewers will keep loving and supporting Vibhuti.”

Watch Bhabiji Ghar Par Hain every Monday to Friday at 10:30 PM only on &TV