It was an evening of spirituality and worship through music when Anu Malik one of the esteemed judges on Sony Entertainment Television’s Indian Idol 9 along with Sonu Nigam & Farah Khan invited the contestants and close industry friends for a Jagrata at his residence.

Khuda Baksh sang Meri Data ki Darbaar Me, Malvika Sundar sang Vanamaali Radha Ramana, LV Revanth sang Gananayakaya, PVNS Rohit sang Mohe Apni hi Rang Mein. The Indian Idol 9 contestants are known for the ability to touch an emotional chord with their music and did not disappoint even at this occasion when they mesmerized the audience with their soulful spiritual numbers.

Do not miss these contestants win hearts with their musical notes on Indian Idol 9, Saturday & Sunday, 8:00PM only on Sony Entertainment Television! 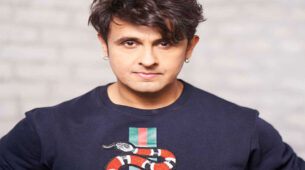 Arijit Singh, Sonu Nigam To Armaan Malik: 5 Greatest Hits of 2020 You Must Listen Before End