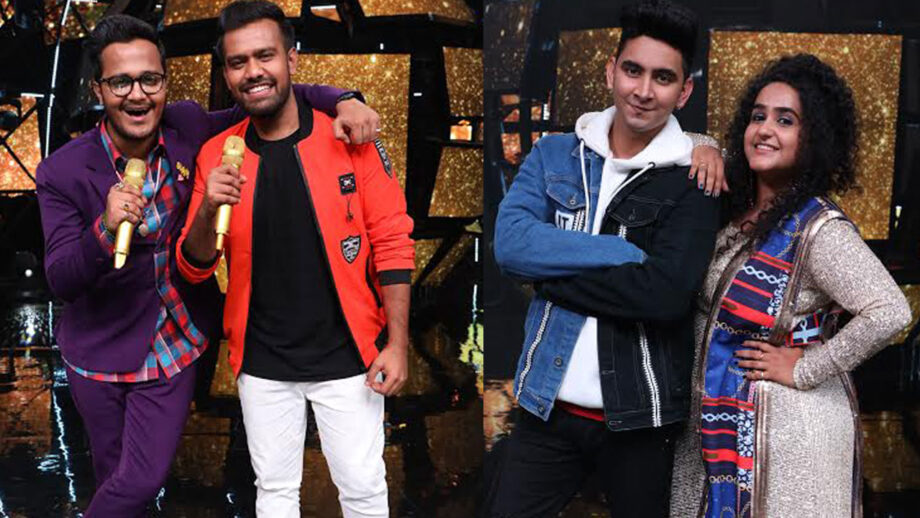 Sony Entertainment Television’s Indian Idol has been a chartbuster show since its inception and is now back with a fresh ‘Season 11’. The judge panel of the show consists of names like Vishal Dadlani, Neha Kakkar and Himesh Reshammiya. This year’s theme of Indian Idol ‘Ek Desh Ek Awaz’ is breaking all stereotypes and celebrates diversity in its true sense.

Indian Idol seaon 11 which has already became everyone favourite because of the immensely talented contestants who are continusely making the audience go  gala over their singing.

This weekend the atmosphere of Indian Idol would beome more mesmerizing because the top 9 contestants of Indian Idol would be performing with the musical bombs of Superstarsinger. Superstarsinger  contestants who would be joining the stage with our top 9 would be Sneha,Mauli,Urgen,Fazil ,Harshit,Priti,Nishta and Sattwik. This weekend be ready for a night full of entaralling music.

Indian Idol 11: After Ranu Mondal, Himesh Reshammiya gives chance to Rohit Raut in his next