The lead protagonists of Ishq Subhan Allah, Kabir and Zara have taught us about various Islamic traditions and concepts through the show Popular TV serial Ishq Subhan Allah starring Adnan Khan and Eisha Singh in the lead roles of Zara Siddiqui and Kabir Ahmed have been grabbing eyeballs ever since it first aired in March 2018. It’s not just the lead jodi that was a instant hit with the audience but the unique concept of the show also made many take notice of the television serial.
While the main premise of the television serial, Ishq Subhaan Allah is based on the opposing religious idealogies of the Zara-Kabir through a prism of romance, the show also gives insights into various Islamic traditions and concepts.

In Islam, the groom has to pay his wife in the form of cash or gifts like jewelry, real estate, etc and it is generally decided by the groom’s family. This act is known as ‘Haq Mehr’. When Kabir got married to Zara, she was gifted Rs.1 crore which she then invested in Kabir’s business. Sunnat is the way of life based on the teachings, deeds, sayings and practices by Islamic Prophet Mohammad. They are practiced widely as a model of life to be followed. Remember how Kabir put down newspaper on the floor along with his food in a restaurant during their honeymoon when they were out to eat. Farz meaning an individual’s duty commanded by Allah that every Muslim requires fulfilling such a daily prayer and pilgrimage to Mecca. There are no objections to getting married during the month of Ramadan yet there is a widespread myth that such celebration is not allowed. Kabir dispelled that notion when he once mentioned that they are no such restrictions.

Sharia or Sharia Law is a religious law which includes a set of principles and disciplines that govern the Islamic society. In Ishq Subhan Allah, Kabir is a part of the Sharia board and Zara goes to the board to get justice. They are also often seen standing by what is right or wrong as per the Sharia Law. 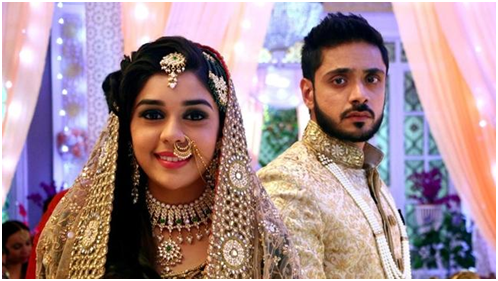 We had seen Kabir and Zara slowly heading towards divorce. Finally, a misunderstanding leads to Kabir divorcing Zara through Triple Talaq. However, Zara does not accept it by revealing it was not in their nuptials.