Jamai Raja actor to voice the title track of Jamai 2.0 Ravi Dubey is an Indian actor and he began his acting career in 2006 with the show Teri kahaani. He rose to fame with the Indian TV serial Jamai Raja. The first season of Jamai Raja was amazingly successful, and as we had earlier reported, the teaser of Jamai 2.0 is out.

Their on-screen chemistry was immensely appreciated and loved by fans who have been waiting for their comeback as a romantic Jodi on the screens for three years now.

But recently, he shared an Instagram post where we got to see a new version of Ravi Dubey.

We all know that Ravi is good at everything he does. Acting, anchoring, rapping, and singing.

Yes! You heard it right. Rapping and singing!

Ravi Dubey surprised his fans when he rapped on the sets of his show, Rising Star 2.

And now lending his voice to the title track of ZEE5’s Jamai 2.0 will be Ravi Dubey.

Have a look and do let us know how excited you are to listen to the voice of Ravi in Jamai Raja 2.0. 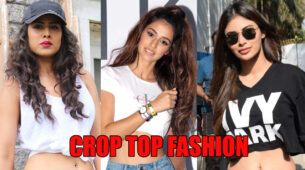