Which is your favourite historical show, Jhansi Ki Rani or Jodha Akbar? Jhansi Ki Rani produced by Contiloe brought in child artist Ulka Gupta who showcased her talent as an actor for the first time with this show. She was hugely popular and the child version of the story got extended due to her popularity. Later Kratika Sengar took over as the grownup Jhansi and she was a treat to watch. The show was visually excellent and the storytelling and performances were on the mark. The show had a good run and viewers enjoyed this historical presentation.

Jodha Akbar produced by Ekta Kapoor’s Balaji Telefilms had the mighty Rajat Tokas and Paridhi Sharma as leads, playing the roles of Akbar and Jodhaa Bai. The show was heralded for its extensive research and visual appeal. Rajat and Paridhi had great onscreen chemistry and they were loved by one and all for their lead roles here.

Now with the two shows being equally successful on TV, we wonder which was your favourite historical show?

Also read, Get Nostalgic: Most Romantic Scenes Of Jodha and Akbar 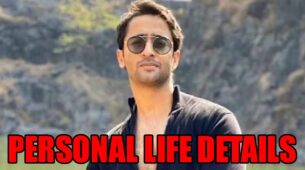