Who is your favorite Jodi?... Kaira or Ronakshi or MishBir? 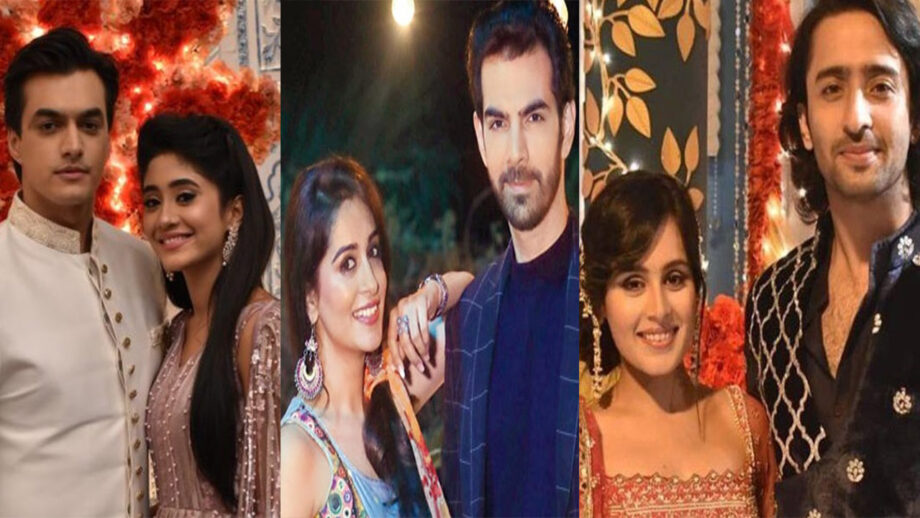 Indian audience needs no introduction when it comes to this super-hit show which has covered fans over the years with its twist of romance. Yes, Yeh Rishta Kya Kehlata Hai, has been around for many years and covered around every possible romance. It is the fourth longest-running Indian television soap opera.
With their sizzling chemistry on-screen, Kaira is meant to be with each other and look very adorable.

Kahaan Hum Kahaan tum has gained popularity in quick time and fans love the chemistry shared between Ronakshi. The on-screen chemistry between Ronakshi seems so real that it makes us wonder how good they must be with each other off-screen. Every channel has a love story but this seems to be very
different from the other. Their off-screen chemistry, natural acting, their strong bond and eye to eye contact make us blush.

Yeh Rishtey Hain Pyaar Kay manages to win the audience’s heart with its stunning script. The series stars fame actor Shaheer Sheikh and Rhea Sharma in which they are seen portraying the roles of Abir and Mishti. The show has managed to catch the attention of the audience with a beautiful script and dashing acting. Mishbir not only shares good onscreen chemistry but also off-screen friendship.

So which Jodi do you think is the best of all?