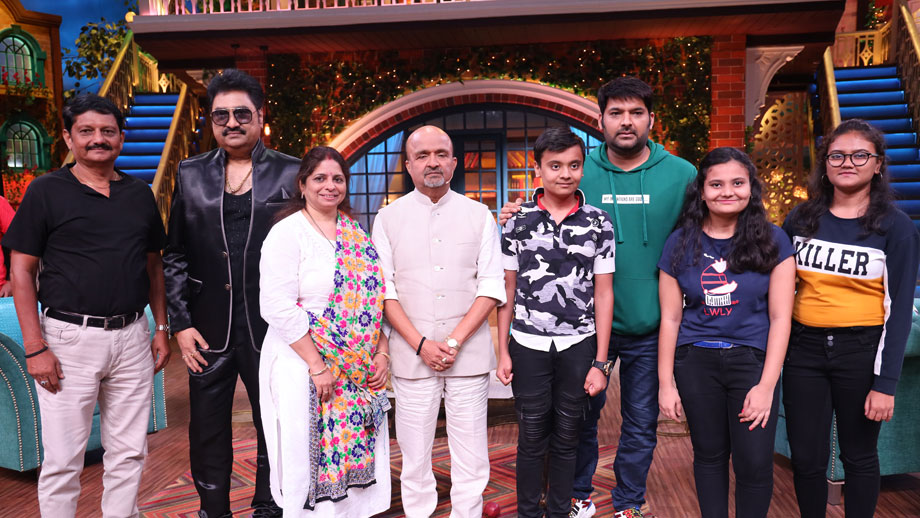 This weekend, Sony Entertainment Television’s most renowned show The Kapil Sharma Show will see Bollywood’s evergreen singer Kumar Sanu who has sung more than 20,000 songs throughout his flourishing career and joining him will be renowned lyricist Sameer who has written close to 3,500 songs and poems.

The exceptionally talented singer and lyricist duo will be seen having a gala time on the sets where they had an enjoyable time talking to Kapil about their time in the industry. In an interesting revelation, Kumar Sanu revealed something very shocking about his musical debut at a young age which involved a mafia gang, a crowd of almost 20,000 people and his father.

On asked by Kapil Sharma to Kumar Sanu to relive his musical debut Kumar said, “My debut performance was on the railway tracks where I was asked to sing some Hindi songs in front of a mafia gang and additionally, 20,000 more people were present. I had sung in fear and danced too and luckily, they liked it. He further adds, “When my father who comes from an orthodox background got to know this, he slapped me very hard and said that this is not the way to sing ”

Further, in the show, Sameer said that he wrote the lyrics of one of the best song, ‘Dekha hai pehli baar’ from the film Saajan which was inspired by his wife Anita Pandey. When Sameer went to her and said that he had dedicated the song to her she quipped saying that he may be one of the best lyricists but is a bad liar.