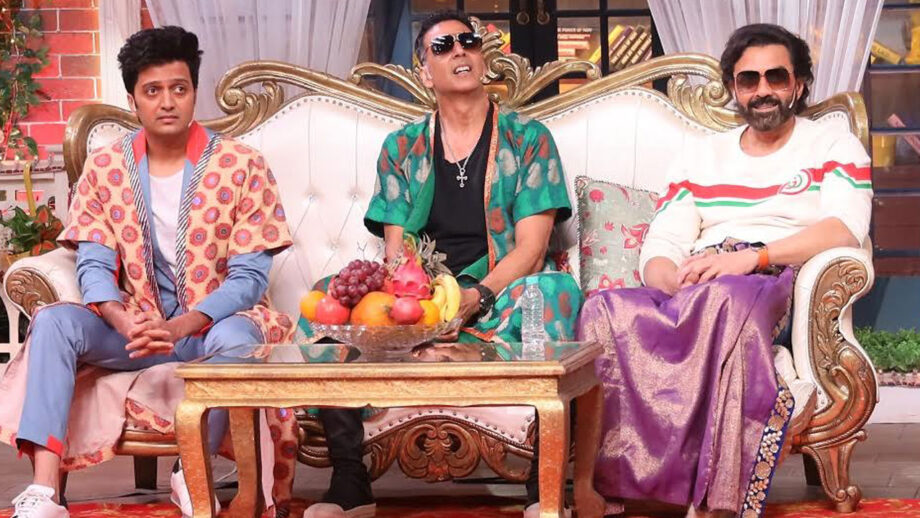 Kickstarting Diwali celebrations on a hilarious note, The Kapil Sharma Show will be hosting the entire cast of Housefull 4 this weekend. From Akshay Kumar to Ritesh Deshmukh to Bobby Deol and the lovely ladies Kirti Kharbanda, Kriti Sanon and Pooja Hegde, along with producer Sajid Nadiawala and Chunky Pandey, will be setting the stage on fire with their presence.

In a candid conversation, Akshay shares an incidence when a girl rejected his proposal in his childhood. Akshay was a very shy person. When he took her on dates to places like Madrass cafe and Udipi restaurant, she expected him to be romantic. Akshay says she wanted him to hold her hand and kiss her, but he was shy to initiate. Hence she left him.

Continuing the conversation, Bobby Deol shares that he was in love with a girl but couldn’t confess to her. Once he was sitting in the library and the girl asked her to donate blood in a blood donation camp. He thought it was a good chance to initiate conversation. However, while donating blood, he got nervous and got high blood pressure. Consequently, he couldn’t donate blood and couldn’t initiate the conversation as well.