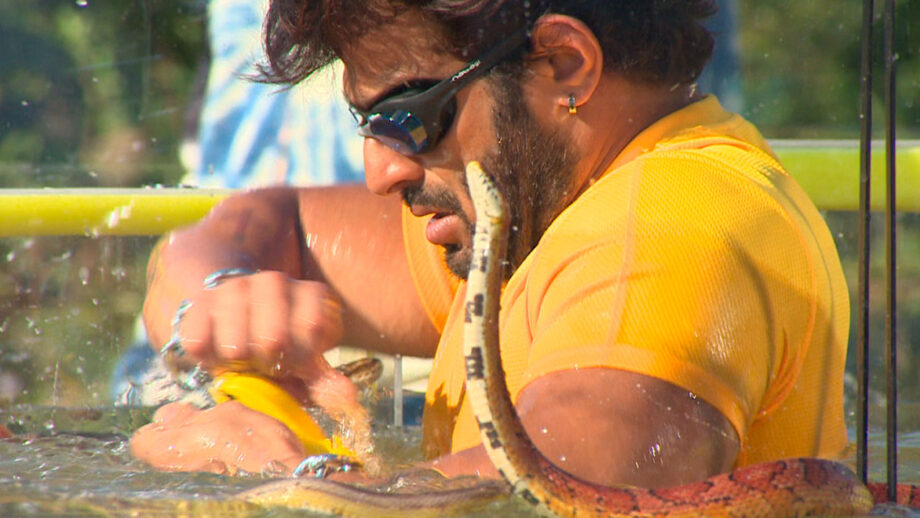 Testing one’s mental and physical strength, the tasks of the current season of COLORS’ Khatron Ke Khiladi seems to be intensifying with every. This week, reptiles and creepy crawlies will take prominence as the contestants will fight their fears. Popular television actor Karan Patel who is known for his daredevil attitude has so far performed every stunt with vigor and dedication and will be seen taking up the challenge with great spirit.
So far, Karan has been fortunate to not face any animals in the tasks but this time around, he won’t be spared. A new task will be introduced wherein Karan has to get into a tank full of snakes while being tied down with chains. One by one, he is required to unlock the chains and tackle the reptiles. His phobia is encountered with the right attitude and all the co-contestants cheer him up as he performs the task to the best of his abilities.

Commenting on this Karan Patel said, “ I have always been afraid of reptiles and I knew someday I will have to face my fears. Khatron Ke Khiladi has been the most exciting and enriching adventure of my life and I had a great yet thrilling time performing the task. I was nervous and scared before the task was performed but as I starting performing it, everything fell in place and I gave my 100%. Rohit sir and my co-contestants were my biggest supports and I thank them for instilling confidence in me.”