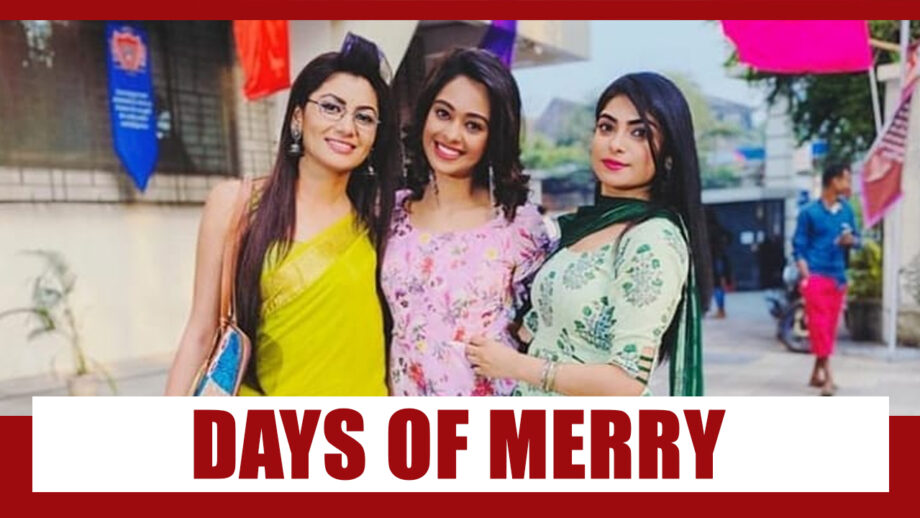 Kumkum Bhagya the popular Zee TV show produced by Balaji Telefilms has seen the cast and crew revel and stay happy on the sets.

This is one show wherein the lead cast gelled really well with one and all, especially the youngsters who came in later on!!

Sriti Jha the lead, who plays the role of Pragya so adorably well, has a whale of a time and is very free-going and funloving in real life.

Sriti with her girl gang on the set especially was like a house on fire!!

We today bring to you a picture from one such pose of Sriti Jha along with co-actor Mugdha Chaphekar who plays her on-screen daughter Prachi in the show.

They are accompanied by Appy too from the show.

So true!! They seem to be having a ball together!!

We have also seen the cast of Kumkum Bhagya rocking it on the set as well as away when they go out together!!