Which is your favourite Sumedh Mudgalkar's character - Lord Krishna In RadhaKrishn or Sushim In Chakravartin Ashoka Samrat? Young and talented actor Sumedh Mudgalkar is surely gaining many admirers with his boyish looks and sweet personality.

The actor is also a hit among the ladies off-screen too. He is very active on social media and he has garnered millions of fans all across the world with his acting talent as well as his grounded nature.

Sumedh is known for his acting chops in TV shows RadhaKrishn and Chakravartin Ashoka Samrat.

While in RadhaKrishn, he plays the role of Lord Krishna. Audiences love the way Sumedh enacts his scenes. His sharp features and powerful voice enhances the character. He looks amazing in Krishna’s avatar. He does such a fine job as Lord Krishna that sometimes Sumedh and Krishna seem synonymous with each other.

On the other hand, he played the role of Sushim in Chakravartin Ashoka Samrat. The young actor had taken the character to the next level with his performance. He looked amazing and postured when he played Sushim.

There is no doubt that Sumedh has great acting skills. However, which is your favourite Sumedh Mudgalkar’s character? Comment below and let us know! 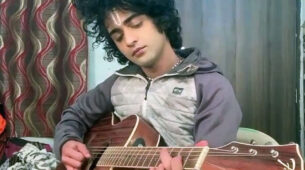