Who is more eye-catching, Mohsin or Zain? Mohsin Khan is one of the most known celebrities in the television industry. He came to the limelight when he portrayed the role of Karthik Goenka in tar Plus’ Yeh Rishta Kya Kehlata Hai. Dashing and charming, he has millions of fans all over the world. He is not only known for his good looks but also he has great fashion sense. He has got all reasons to make girls drool with his killer eyes, charming smile, flawless skin and yes, amazing hair. Also, the handsome hunk has a muscular body and is very fit. No wonder why his fans are going mad for him..right?

Whereas, on the other hand, we have Zain Imam, the heartthrob of every girl, he has also made his space in the minds of everyone. He came to fame when he portrayed the role of Neil Khanna in Naamkarann, Sarvagun Sampanna and in Tashan-E-Ishq. He debuted on TV with romance series Kaisi Yeh Yaariyan alongside Parth Samthaan. He was then a heartthrob to every girl and made them go weak on their knees.

Now both of them have been in the industry over a year and have marked their presence in the minds of their fans.

Whom do you think resides in the viewers’ hearts? The secret of Shivangi Joshi's beauty 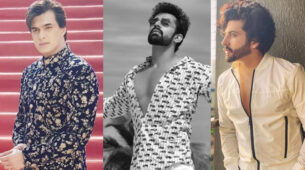 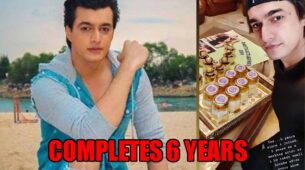