Monalisa will be seen surprising her fans and audiences through her performance in Nazar. 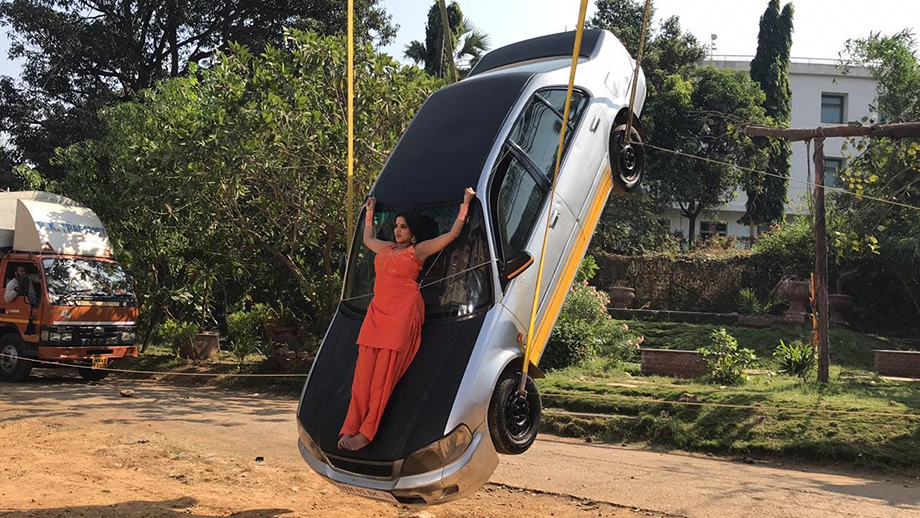 StarPlus’ Nazar never fails to surprise the viewers with its never-before-seen visuals and stunts. This time around, the show has taken the action to the next level, where daayan Mohana is tied to the car by a rope and she manages to lift the car up with all her powers. Having performed various stunts on the show, it was her first time performing such a stunt for a scene.

Commenting on it, Monalisa revealed, “Ever since I have started playing Mohana, I have been doing some really exciting stunts on the show. The makers of the show always come up with the most unthinkable and it is thrilling to perform the sequences. This time the action was taken a notch higher when Mohana is tied to a car and with all her supernatural force she succeeds in lifting the car. It was quite a strenuous stunt where I had to be on the harness for long hours and it was quite challenging to perform it as I needed to use all of my physical strength for it. But it was an amazing and ecstatic experience for me. It was the first time that I did something of this kind and am always excited to find out what is new in store for me.”

The actress who is extremely hardworking, is constantly seen surprising her fans and audiences through her performance in Nazar.

Watch Nazar, every Monday to Friday at 11:00 pm, only on StarPlus