The unknown facts of Naagin 5 Naagin 5 the presently running supernatural cult show from the stables of Balaji Telefilms for Colors is doing well. The show started off as the story of the Naags and the Cheels, which resulted in deaths and reincarnations.

After Dheeraj Dhoopar, Mohit Malhotra and Hina Khan opened up the show’s story, it is now Mohit Sehgal, Surbhi Chandna and Ssharad Malhotra holding on the mantle of being the leads on the show.

We present to you few of the facts from Naagin 5 which you might not know. Well, if you know them, then you can consider yourself as a big fan of the show.

Do you know that this happens to be Surbhi Chandna’s first role in the genre of supernatural shows? It is the same for Mohit Sehgal and Ssharad Malhotra.

As always, there were lot of names that were speculated to be playing the lead Naagin in Naagin 5. Names like Mahek Chahal, Divyanka Tripathi, Dipika Kakar made news. However, it was finally Surbhi Chandna who bagged the role along with Hina Khan.

The first look of Naagin 5 was released by the Creative Director on the show, Mukta Dhond.

Do you know that the Cheel family is an interesting add-on to the story? The concept of the Naags and Cheels being enemies has worked well in favour of the show.

The best part was the fact that Mohit Sehgal was slated to be the hero with Ssharad Malhotra being the baddie. And it also started this way!! However, there was a drastic change in the concept when the good became the bad man and the bad man turned positive. 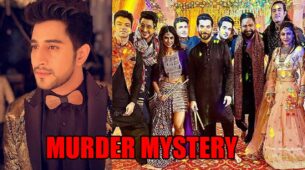