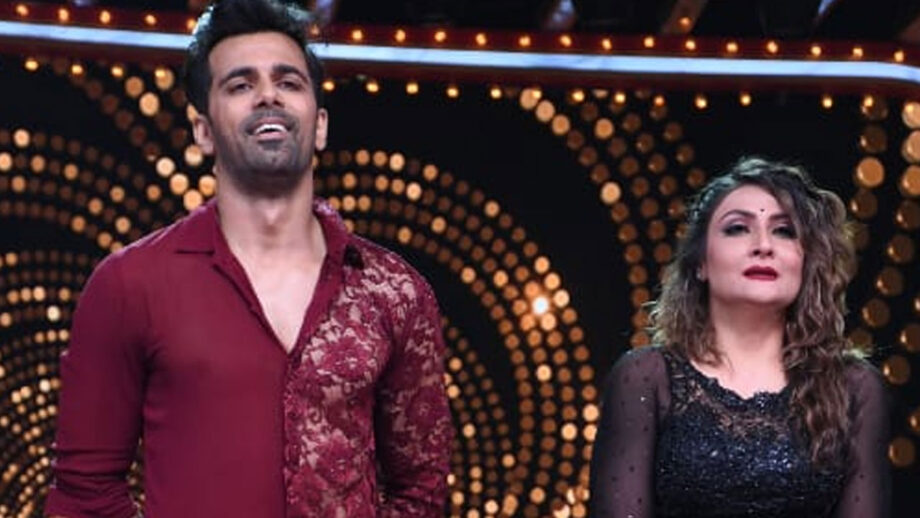 It is not often that a strong-willed person is seen succumbing to an overpowering emotional reaction. This is exactly what happened on Starplus’ dance reality show ‘Nach Baliye 9’ with one of the firebrand celebrity participants – Urvashi Dholakia on the recent shoot. One of the most loved dance reality shows on Indian television, Nach Baliye had a different theme of the costumed drama. Every couple presented a special act to impress judges and score top marks.

Recently two participating couples who had been ousted from the dance competition earlier made a smashing comeback after the wild card entry episode – Urvashi & Anuj and Vishal and Riddhima. During the latest shoot, Urvashi & Anuj presented a special act which centered on the theme of a woman facing a lot of difficulties in her life and still conquering all the odds to emerge victoriously. After presenting the act and while waiting for the judge’s comments the strong willed Urvashi had an emotional moment and broke down. Her dancing partner and ex Anuj Sachdeva supported her during this emotional moment.

Anuj Sachdeva said, “Urvashi has gone through many challenges in life. Even last week, she went through a very difficult phase where her mother was hospitalized as she had suffered a heart ailment. Despite the circumstances, she was present for rehearsals and gave her 100 percent. This is one of the reasons why I admire her strength.”

After praising their dance performance, Raveena Tandon said, “On Nach Baliye 9 if there is anyone who is a true example of woman power, it is only Urvashi Dholakia!”