Judge of Indian Idol 10, Neha Kakkar was taken aback when Paritosh Tripathi proposed to her. Read here to know how she reacted. 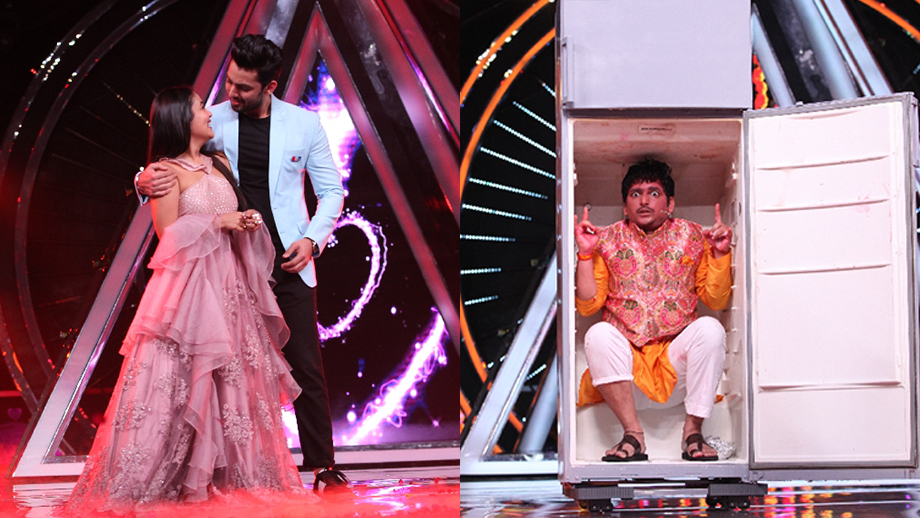 Have you ever thought of proposing to the lady of your dreams and been gripped with fear and nervousness?

Something similar happened on the sets of Indian Idol 10 recently. Our very own TRP Mama – Paritosh Tripathi who had publicly exclaimed few weeks ago that he is in love with one of the Indian Idol judges – Neha Kakkar got the opportunity to propose to the lady!

The eager bachelor who is seen on Comedy Circus as a participant made an appearance on the sets of Sony Entertainment Television’s grand singing reality show with fanfare!

Paritosh Tripathi was completely in his element as he graced the stage of Indian Idol 10 and stood in front of his celebrity crush – Neha Kakkar. The eligible bachelor made a grand entrance in a decorated ‘Doli’ to woo the talented singer. The ever-cheerful and witty comedian made a formal proposal and asked for Neha’s hand in marriage which was turned down as the suave Neha wanted a more ‘cool and stylish’ dulha for herself. This led to an interesting turn of events and Paritosh returned shortly on the stage as he stepped out of a refrigerator and exclaimed that he has become cooler than before!

A source from the sets said, “Paritosh Tripathi is a total entertainer and all of us on the sets were really happy watching him on Indian Idol. It was an absolute delight to watch TRP mama try his best to convince Neha Kakkar to say yes to his marriage proposal. The funniest moment was when he stepped out of the refrigerator saying that he is now cooler than before. There wasn’t a single person on the sets of Indian Idol 10 who wasn’t laughing because of his antics!”