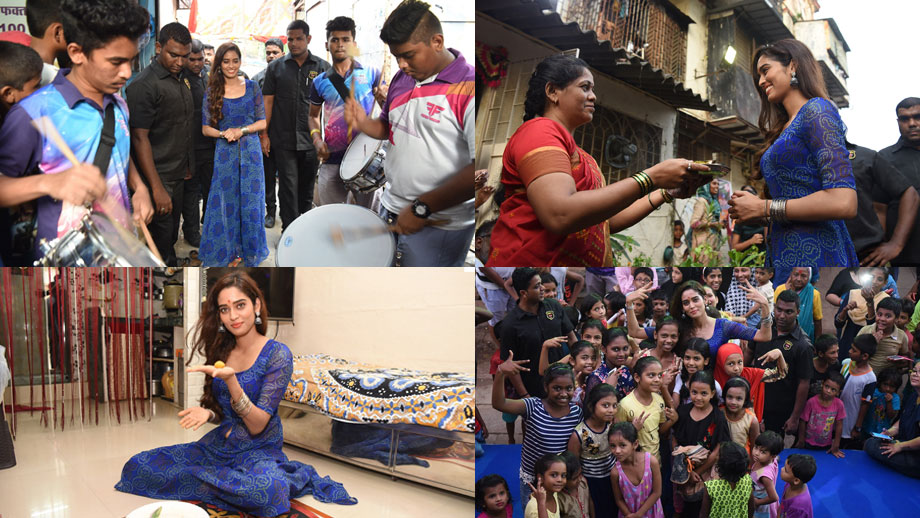 Bringing in Diwali and announcing the launch of &TV’s upcoming show Siddhivinayak, Neha Saxena, the protagonist visited BDD Chawl in Worli. The celebration was no less than homecoming  for her, as Neha’s character in the show also resides in a chawl and promises to inspire many with her unique traits.

On her arrival, Neha was given a grand welcome by the residents of BDD Chawl in Worli, with music and drums playing. To show their warmth and affection, they also did her aarti and tika. Later, Neha did Lakshmi Pooja in one of the houses where she also learnt how to make besan ke laddoo. Neha also made a Rangoli at the aangan of the chawl and painted diyas for everyone. Later, Neha kept her Siddhi Joshi’s spirit alive and danced on some famous Marathi songs with all the kids from the chawl.

On celebrating Diwali, Neha Saxena said, “Diwali is one of my favourite festivals. The energy, lights, colours, food and the togetherness which surrounds the festival remains unmatched. Where celebrations are concerned, I like to it simple and at home, we have a small Laxmi Puja, we light diyas, and eat lots of mithais. As my character Siddhi Joshi belongs from a chawl, I felt like visiting one of the chawls and celebrate Diwali. When I entered the chawl, I was overwhelmed with their warmth and enthusiasm. They made me feel at home and it will be the most memorable Diwali for me.”