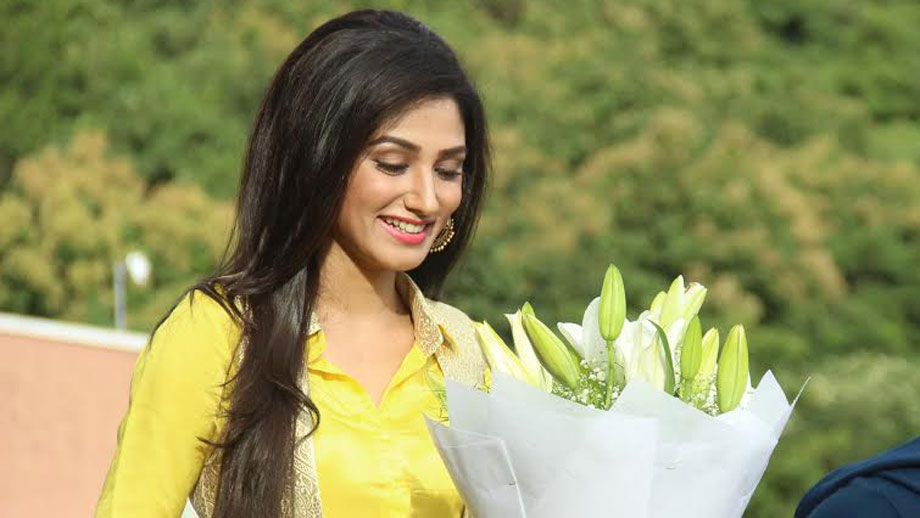 Donal Bisht aka Sharanya from Ek Deewaana Tha is about to meet the man of her dreams if predictions are to be believed! Being a staunch believer in astrology, Donal did a tarot card reading recently which stated that in the days to come she will have an interesting encounter and possibly might meet someone who will change her life drastically.

Donal, the believer that she is could not hold her excitement and at once spill the beans to everyone around her. When contacted, she said, “The entire tarot card reading session was quite intriguing, and I was quite amused with some of the predictions. I do believe in fortune telling and I am sure there is something exciting about to happen. It is true that I am currently single and not seeing anyone but now that the reader has predicted an interesting encounter, I am looking forward to it to come true! In fact, everyone has been teasing me by asking me every day if my knight in shining armour has knocked on my door yet or not.”

Interestingly the forthcoming episodes of Ek Deewaana Tha will have Sharanya desperately trying to uncover the secrets of her life through Odhni, a clairvoyant (Delnaaz Irani). However, Vyom (Vikram Singh Chauhan) is determined to keep Sharanya away from Odhni. Will Sharanya’s attempt to meet Odhni fail once again? Why is Vyom keeping Sharanya away from Odhni?

To know more, tune in to ‘Ek Deewaana Tha’ every Monday to Friday at 10.00 pm only on Sony Entertainment Television!