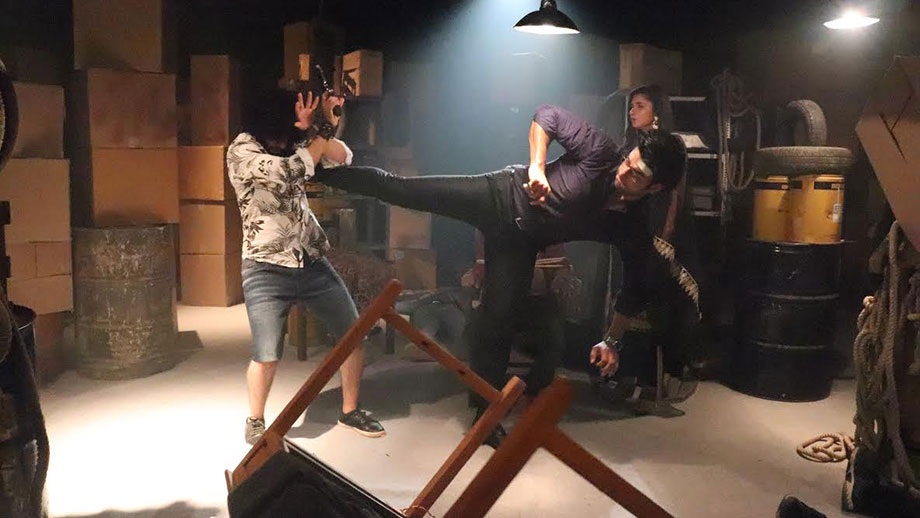 Getting carried away in the course of a shot is a part and parcel of showbiz and actors face these situations from time to time. Well, it can get a little awkward, especially if one of the actors involved takes offence. Recently, Zee TV’s popular fiction show Guddan…Tumse Na Ho Paega, actors’ Nishant Singh Malkani who plays Akshat Jindal and Manan Joshi who plays Rocky in the show, had a bittersweet moment while shooting for one of the fight sequences.

In the upcoming sequence of the show, Nishant was required to mock-kick Manan and in the spur of the moment the actor ended up kicking Manan rather hard, leaving him a bit shaken! Everyone wondered if Manan will react, but the actor took the slap in his stride and completed the shot with grace. After the shot, Nishant was embarrassed about the incident and profusely apologized to him but Manan turned the entire incident into a lighter moment, much to everyone’s relief! The actors might be at logger heads in the show, but off screen the duo share a very good camaraderie.

Talking about this incident, Manan said, “There are a lot of times, especially during action sequences, where a reel situation turns into a real one. It so happened that while Nishant was to mock-kick me, it turned into an actual kick because I chose not to move so that the shot could look real. The shot was approved in one go and we both heaved a sigh of relief. Nishant was very concerned about me and checked on me throughout the day after that scene.” Now that’s like a sport! Way to go Manan!

In the upcoming episodes of the show, the audiences will see Akshat’s traditionally orthodox Bua enter Guddan’s life. Bua Saas is of the opinion that Saas and Bahus can never be friends but Guddan thinks otherwise. Guddan faces a series of challenges set by Dadi where she must prove her philosophy that Saas and Bahus can be friends. Will Guddan be successful in changing her Bua Saas’s point of view and become friends with her?