In the past few years we have come across some of the best daily soap actresses on Indian television who have not only stolen our hearts with their amazing acting skills but also with their amazing looks. We too know two such actresses and we need your help to choose who the better one is in terms of fashion. 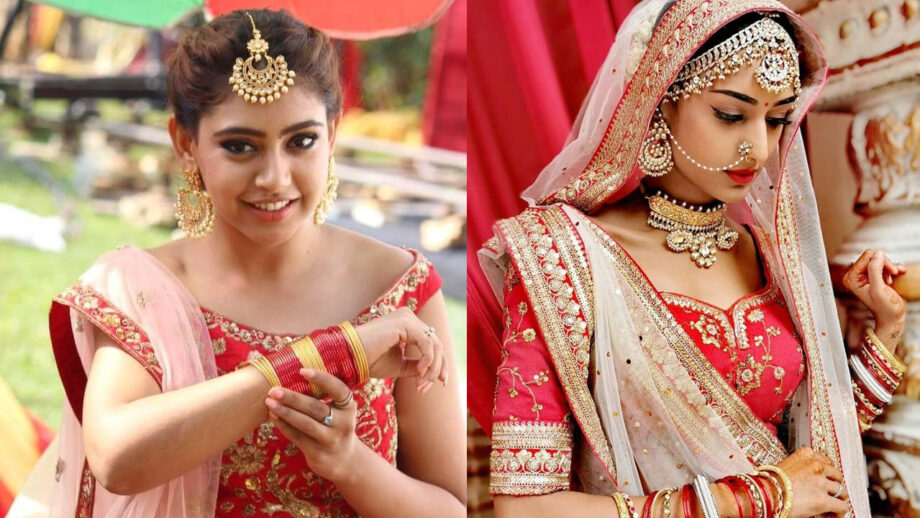 Niti Taylor is by far one of the best actresses we have come across one Indian television. The actress was loved ever since she first appeared on screen. We saw her on MTV’s famous show called Kaisi Yeh Yaariaan and then moved on to daily soaps like Ishqbaaz and Laal Ishq. The actress is also loved for her great looks which include her precious smile, dark round eyes and long hair. However, what completely steals our hearts is when we see her in Indian outfits with mostly monochrome colours.

On the other hand, we have Erica Fernandes who is one of the finest actresses in the Indian telly world. The actress now has a fan base of millions due to her amazing acting skills. She is now seen in serial Kasautii Zindagii Kay playing the role of Prerna alongside Parth Samthaan who plays the role of Anurag. The actress is also loved for her doe like eyes, luscious locks and flawless skin. But what leaves are minds boggled every single time is her w ees ring Indian outfits that she carries with such grace.

We think both these actresses slay equally when it comes to wearing Indian outfits. But we yet cannot seem to decide who the winner of this battle is and hence we are asking you to let us know below who you think should win this.