Talented actor Nivaan Sen, better known for his performances in Pyaar Ka Dard Hai Meetha Meetha Pyaara Pyaara and Do Hanson Ka Jodaa, turned a year wiser yesterday. “My friends threw a surprise bash for me.  Also my talent agency AS entertainment which manages my work also kept another bash for me. The head Avniesh Bhardwaj flew from Down Under (Australia) to attend the cake cutting ceremony.  The beautiful and sexy Sherlyn Chopra also was gracious enough to attend the above part. We had a great time.”

On his birthday day Nivaan has pledged return to TV, “Last year I was busy doing a football film Saat   Kadam also starring Ronit Roy and Amit  Sadh.  We hope to release this year.   I was also occupied doing a digital film based on family titled Parents Worship Day elaborating importance of our folks.  Now that I have time I want to do more TV.”

Nivaan hopes his second TV innings sees him go beyond negative roles, “I want to play a lover boy or sportsman character.”

He is also open to spy and army background series, which are inspired from international shows. “But yes, I am realistic enough to know that such concepts are made few and far between in India.”

Although Nivaan has taken a film break he never regards the small screen as second fiddle. “TV has made me who I am today. I will never forget Ekta Kapoor for giving me a break in Kahaani Ghar Ghar  Ki. I also was a part of YRF interesting crime show Khottey Sikkey (2011).” Nivaan is the product of India’s Best Cinstars Ki Khoj back in 2004/5.

He has also done lot of episodics (Ssshhhh…Koi Hai and  Aaahat) . “Last year I had also done  a music    video with  Zee Music based on  mother called Who AM I?.  So all in all I am an artist who is open to doing good works across mediums.” We’re crushing big time on Nakuul Mehta, and here’s why! 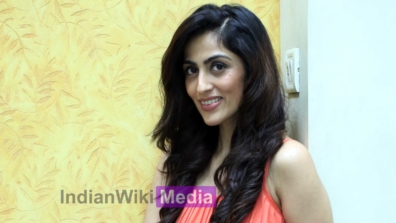