Niyati Fatnani will be soon seen as the bubbly and vivacious Aru in the soon to be launched Sony Entertainment Televisions’ Yeh Moh Moh Ke Dhaaghe. This is not her first foray on television, though with this show she enters the general entertainment space for the first time. She will be paired opposite the well-known television actor Eijaz Khan who is quite her senior.

On being asked if she was nervous about working with him she said that “I was a little nervous before I met him, but once we met he made me very comfortable. In fact the first time we met was a script reading and post that there was no nervousness at all!”

Niyati originally belongs to Gujarat and hence the show is much closer to her heart.  Despite the age difference between the two the chemistry that they share is very electric and both of them seem to complete each other’s sentences. What we need to wait and watch is how this chemistry translates on screen! I have learnt a lot as an actor in Nazar: Niyati Fatnani 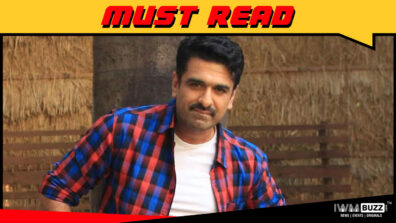 Which is the best Star Plus super natural Show: Divya Drishti or Nazar!