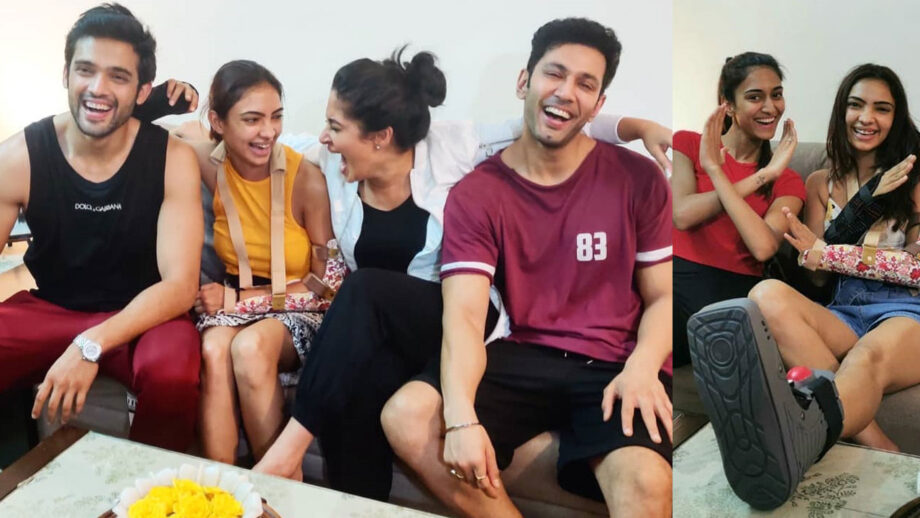 Today, the superhit show completes its one year anniversary, which is a terrific achievement for the entire bunch of people associated with the show.

But before the Kasautii team hit celebration mode, it did something that stole our hearts with the magnanimity of their gesture. In a heartwarming gesture, the main cast of the show visited Pooja Banerjee, the pretty actress who plays Nivedita Basu on the show, at her home, to celebrate the stupendous milestone in her company. The merry bunch included the lead actors of Kasautii, Parth Samthaan and Erica Fernandes, along with Sahil Anand and Shubhavee Choksey, who play pivotal roles in the show. The actors goofed around, took oh-so-cute pictures and videos, and generally had a great time together. Pooja shared the fun they had with fans and admirers of Kasautii, through a series of pics that she posted on her Instagram account.

Have a look at the pics below-

Pooja Banerjee, as most of us know, injured herself really badly on the sets of Nach Baliye 9 while attempting to pull off a difficult dance move with hubby Sandeep Sejwal, her partner on the show. The couple was a wild card entrant, whose stint on the show was cut short by Pooja’s injury. The poor girl suffered multiple fractures on her right wrist and left elbow, a ligament injury on her left foot, and also had to go through a surgery.

The warm gesture by the Kasautii team makes us go all dewy-eyed with adoration. After all, how could Kasautii’s one year anniversary celebrations be complete without its Nivedita Basu!