Take the poll and tell us who do you think is a real gameplayer of this season. The hit MTV show, Splitsvilla, the lifeline of youngsters, has hit the small screen with the 12th season, and is already loved by youth. The show hosted by Sunny Leone and Rannvijay Singh, is a reality show, where the contestants form connections and fight to be the ideal winner.

The most famous contestants of this year are – Piyush Sharma and Ashish Bhatia. Their rivalry, which began at the start of the show, has divided the villa into 2 groups. Piyush and Ashish have fought verbally and physically on the show. The rapper Ashish has already a huge fan following as he was an ex-contestant in MTV show Roadies.

Piyush, who is a gym freak, had started his rivalry against Ashish since the time Ashish, after becoming the Chosen Ones with Miesha, had dumped Arshiya Arshi, Piyush’s connection. Piyush had said that he would take one to one revenge with Ashish for his connection Arshiya.

Both the players, Piyush and Ashish have their game plans on their mind and we are eager to know what it is. It’s just the beginning, a lot is going to happen.

Tell us who you think is a real gameplayer in Splitsvilla. 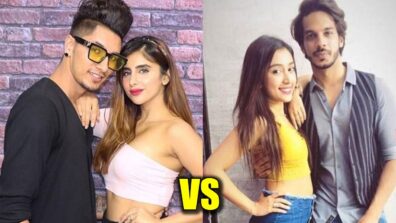