Divyanka Tripathi is an amazing actor and a great tv star but above all, she is most loved for her character of Ishi maa on Star Plus serial Yeh Hai Mohabbatein TV’s most loved Mom,Ishi Maa aka Divyanka Tripathi, is loved both on screen and off screen! She is an absolute delight to work with, as testimony from her co-stars, and we are especially counting the child actors here, and the one who makes working on set fun! Her performance in Yeh Hai Mohabbatein is easily one of the most iconic T.V. characters in the history of Indian television.

Her charming attitude both on screen and off screen won her all the love from her fans. And if it wasn’t enough that she plays a mother’s character on the show, Divyanka is also like a mother figure to her co-stars, especially the child actors, and she always cares and loves for them unlike anyone else! Talk about an ideal on-screen family, right? 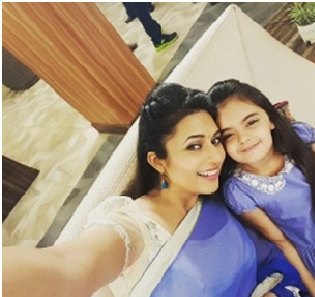 It’s not easy to gain everybody’s love continuously over the years, without losing fans to the new generation stars, but Ishi Maa aka Divyanka Tripathi has done it in the past,is still doing it with Yeh Hai Mohabbatein and will be doing so for years to come. This very love and support from her fans has won her so many awards till date and she is ever grateful to them for all their admiration since years. She is amazing as a person and not just that, we also love Divyanka Tripathi for her amazing acting skills and the flair with which she portrays every character to the tee.

The actor is blessed with phenomenal acting skills and an aura of positivity which she never fails to spread around her. We hope to see many more great performances from her in the future and wish that she stay on the silver screen, spreading her sunshine for all of us!