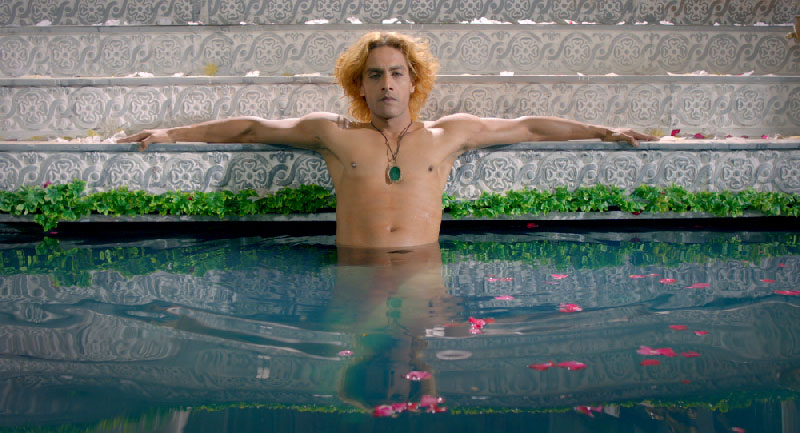 The handsome hunk Rohit Purohit has been winning a lot of praises for his stellar performances as King Alexander in Sony Entertainment Television’s magnum opus show Porus. For one of the episodes the actor shot for a sequence where he had to immerse himself in water, Rohit’s well-chiselled body looks spectacular on screen. Amidst the lavish ambience of the set his six pack abs and golden tresses were nothing but a feast to the eye.

On being asked about his fitness routine the actor shares, “I have got a lot of compliments on my look for Porus and I am very grateful for the same. I am thrilled that people have loved the way I look because this was something new for me. I want to thank everyone for supporting me by loving my character in Porus,” He also adds that, “For a show like Porus, you need to be in perfect shape. Even an inch of extra fat here or there looks ugly. I made sure to work out regularly before the show and continue to do that even now. I hit the gym whenever I get time in the day, even if it means after a long day of the shoot,” he says.

The actor adds that a good diet is also important. “I also eat a balanced diet and make sure to take in all the nutrients. I have dry fruits and nuts in between for energy and try to have something every two hours,” he says.

In the upcoming episodes of Porus the viewers will see how Puru reaches up to Sumer (played by Rishi Verma) and Shivdutt (Played by Aman Dhaliwal) demands Anusuya (played by Rati Pandey) in barter of Sumer. On the other hand, Hasti (Mohit Abrol) will reveal the truth about Anusuya and Porus to Darius.

Will Puru let go off her mother to Shivdutt? How will Darius react to the Anusuya and Porus’ reality?