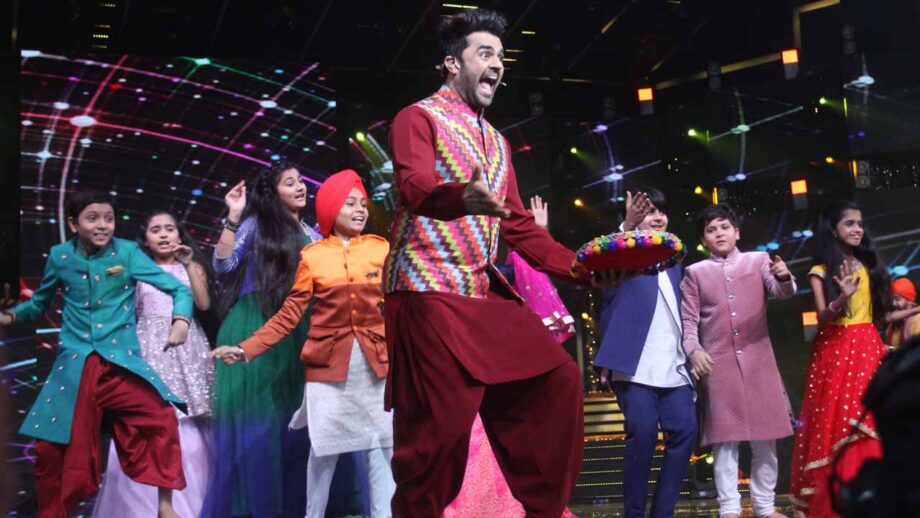 Zee TV’s popular singing reality show, Sa Re Ga Ma Pa Li’l Champs has won the hearts of the audiences with the Top 10 supremely talented kids belting out some phenomenal performances week after week. Having made a fantastic return on television the upcoming episode of the show is all set to bring in some much-needed festive cheer. As the entire country brings a halt to the yearly zealous Ganesh Chaturthi celebrations, Sa Re Ga Ma Pa Li’l Champs tried to retain the flavour and grandeur of the festival with its ‘Ganpati special’ episode. While the camaraderie of the three judges –Alka Yagnik, Himesh Reshammiya and Javed Ali, will keep the audiences engaged, Maniesh Paul in his own style will bring an added element of entertainment with his special Zingaat performance.

Time and again, the Sa Re Ga Ma Pa Li’l Champ’s host has proved himself to be nothing short of a true entertainer. While his eccentric vibe on camera keeps the show going, offscreen too the actor never lets his entertaining spirit rest and finds various ways to keep everyone on the set engaged. Be it flaunting his inner Punjabi avatar with contestant Gurkirat or making light-hearted jokes at the judges and the jury members who cannot help but laugh along with him, Maniesh does it all so smoothly and effortlessly.

While recently shooting for the Ganpati special episode of the show, the Punjabi boy that Maniesh Paul is decided to get the crew members also grooving to the tunes of the chartbuster song, Zingaat. Beginning a splendid performance with the contestants on stage, the actor stepped down to shake a leg with the rest of the crew members present. From going backstage to the monitor room to even stepping into the director’s zone, Maniesh danced across every corner of the set while maintaining social distance, all in the spirit of the festival. In a separate segment of the show he was caught candid, singing tunes of different festive songs to ‘dholak’ beats while also keeping the entertainer within him alive.  At critical times like these while people nurse their festive sentiments and spirits, Maniesh Paul is all set to reincarnate the spirit of festivities in people’s hearts.

The upcoming episode of the show is all set to see the supremely talented Li’l Champs presenting some energetic and festive performances to some of the most iconic songs of this festival. While Madhav Arora and Zaid Ali’s performance to ‘Deva O Deva’ song will win everyone’s hearts, Tanishka and Soumya will get the beats rolling with their ‘Morya Re’ perfomance. All in all, the upcoming Ganpati special episode of Sa Re Ga Ma Pa Li’l Champs will have a lot of melodies, and surprises for the viewers. 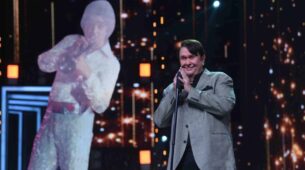