Star Plus popular show Saath Nibhaana Saathiya will soon be brought back with a second season. This news left viewers excited and curious to know more.

While Rupal Patel (Kokila), Devoleena Bhattacharjee (Gopi Bahu) and Mohammad Nazim (Ahem) will be reprising their roles from the first season, fresh faces Harsh Nagar and Sneha Jain will play the new leads Anant and Gehna. The show has Aliraza Namdar playing the father of the male lead. Jay Pathak and Akanksha Juneja are part of the main family.

The channel has also released a new promo video for the show’s season 2. The narrator introduces a new character in the show called Gehna. The promo for the show already highlights that Gehna will play the maid while Harsh plays the son of the family who will fight for Gehna’s rights. 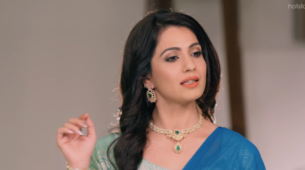