Entertaining the audience’s week-on-week with its intriguing storyline and twists and turns in the plot, Zee TV’s  Kundali Bhagya has been winning audiences’ hearts.

Recently viewers have witnessed Preeta (played by Shraddha Arya) getting envious of Tanvi (played by Coral Bhamra) due to her closeness with Karan (played by Dheeraj Dhoopar).

On the other hand, Sanjana (Sanjana Phase) threatens Prithvi (played by Sanjay Gagnani) to reveal his entire past with Sherlyn (played by Ruhi Chaturvedi).

Amidst all the drama that audiences are witnessing, handsome actor Sanjay Gagnani decided to surprise his fans with some sweet pictures of – Prithvi and Preeta 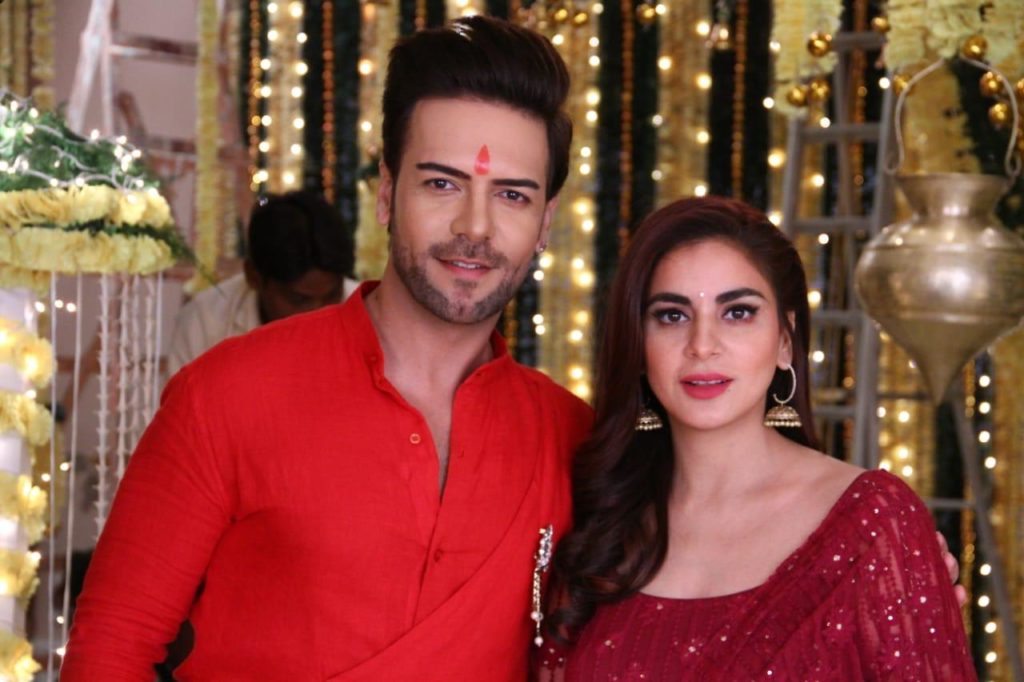 Sanjay said, “Off-lately fans have been constantly messaging me and asking me for pictures of Prithvi and Preeta. We have been constantly shooting and haven’t got any leisure time. Today, finally we had some time and I decided to click pictures with Preeta (Shraddha Arya) and surprise my fans with some sweet pictures of Prithvi and Preeta twinning in red and I hope the audiences love it!”

To know more, tune into Kundali Bhagya at 9:30 PM only on Zee TV!