The hot and handsome men of tellydom Shaheer Sheikh, Randeep Rai and Karan Patel are entertaining actors who have shown their acting capabilities in the roles they have done so far. They have garnered huge popularity, courtesy their versatility and aura that they carry.

We talk of the personal life of these actors.

Shaheer Sheikh was born in 1984, in Jammu and Kashmir. His parents are Shahnawaz and Dilshad Sheikh. He has two sisters Aleefa and Ifrah. He completed his schooling in Jammu. He did his graduation in LLB, from Pune. He owns an event management company. His early career saw him become a model. He also had a career with photography earlier. He made his debut as actor with Kya Mast Hai Life. His major success was with Mahabharat. His popularity grew immensely. He is also very popular in Indonesia and has done many shows there.

Randeep Rai is a youngster who started his career with his commercial advertisements. He was born in 1993. He was part of nearly 120 ads, post which he got his first break with O Gujariya: Badlien Chal Duniya. He was also seen in Diya aur Baati Hum. However, Yeh Un Dinon Ki Baat Hai gave him immense popularity. Randeep was ranked to be one of the top celebrities of the year 2018. He was ranked 16th in Biz Asia TV Personality in the year 2018 and was ranked third in the same in the year 2019.

Karan Patel is a Gujarati born in Calcutta in 1983. His father’s name is Rashesh Patel. He did his schooling in Mumbai. He was part of the acting institute and also took dance classes at Shiamak Davar’s institute. Karan married Ankita Bhargava in 2015. He has a girl child. Karan started his career long back with Kasturi. He has been part of many Ekta Kapoor shows, which also includes the recent Yeh Hai Mohabbatein and Kasautii Zindagii Kay. 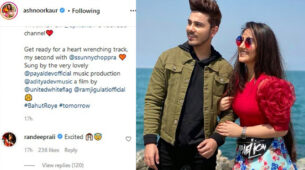