What made Judges- Shilpa, Geeta and Anurag bow down to Gourav on Super Dancer Chapter 3? Watch this weekend! Sony Entertainment Television’s weekend blockbuster kid’s dance reality show Super Dancer Chapter 3 is on the verge of its finale. Soon, the show will get its top 5 contestants who will dance their way to winning the coveted title of, ‘Dance ka Kal.’ One amongst the top 7 finalist is Gourav Sarwan who has managed to lock his position in the Semi Finale round of the show. The 12-year-old contestant from Jaipur has gained such immense fan following for his new age robotic style of dancing that he is winning hearts of the judges and fans from all over the nation.

In the upcoming episode of the show, Gourav Sarwan will be seen performing a robotic routine with Ex-Super dancer contestant Muskan Sharma from Indore on the song, ‘Tum Jo aye zindagi me’ and receiving commendable appreciations for beautifully bringing out the brother–sister bond from all the judges. Later in the show, both the contestants will be paired with Super Guru Amardeep to perform a trio. With such interesting twists and line-ups, this weekend, viewers and fans of the show will have to reserve their seats with popcorn as Gourav will hit the television screens with his dancing style. His performance was so fabulous that the judges – Shilpa Shetty Kundra, Anurag Basu and Geeta Kapoor were forced to bow down in front of the 12 year old contestant.
Impressed by his performance Geeta Kapoor said, “Even the biggest compliment will be less in front of what Gourav performed today.” Speaking about Muskan, Shilpa Shetty Kundra said, “Muskan is the ultimate, ‘Robo’ girl. She was the first one to be given the Robo girl title on the show and it is Muskan who ignited the fuel of robotics on Super Dancer since then.”

Later in the show actor well-known actor ‘Annup Soni who loves the show, sent a sweet video message for Gourav. Rooting for Gourav he said, “Super Dancer Chapter 3 has gained immense popularity for its unique talent since inception. Amongst all the contestant my favorite is Gourav Sarwan. I love the way he puts modern age robotic touch in all his dance forms. This time my vote is locked for Gourav to become the next, ‘Dance ka Kal.”

As the show is on the verge of its finale, it’s time for the audiences to vote for the potential contestant and help them win the coveted title of, ‘Dance ka Kal’. The viewers can download the Sony Liv app and vote their favourite contestant to help them win. Check Out! How Parth Samthaan behaves off camera 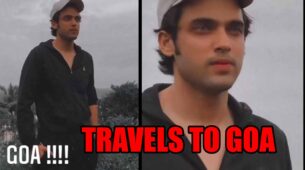 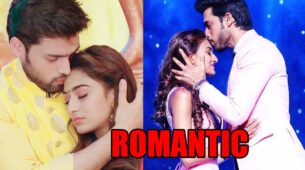