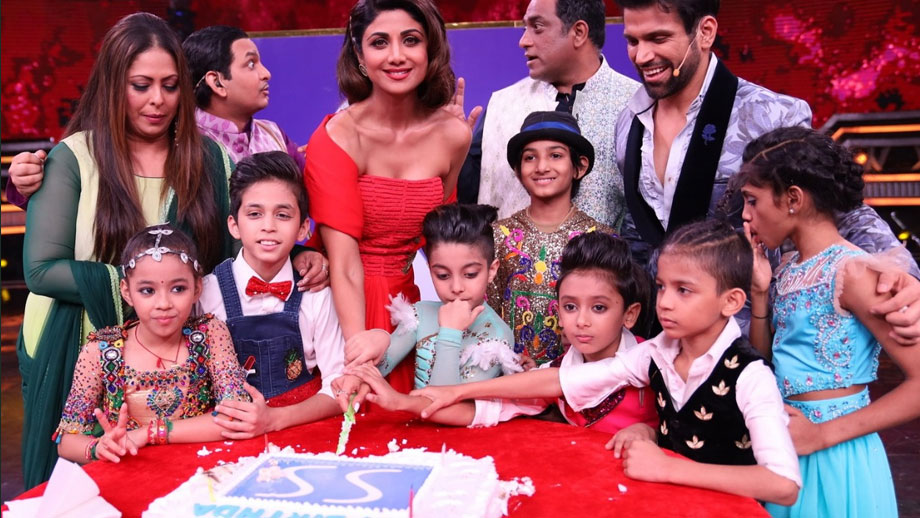 The blockbuster weekend is back with Sony Entertainment Television’s most followed kids dance reality show Super Dancer Chapter 3 celebrating the ‘80s EVERGREEN SPECIAL’ with iconic actress Aruna Irani, Bollywood vamp Bindu and forever young actress Zeenat Aman. The upcoming weekend will be thrilled with romance, dance, drama and full on entertainment where the evergreen actresses will be seen revealing some exciting and less known stories from their shooting days.
All the contestants from the show will be seen performing some of the very popular songs of 80s like ‘Çhura ke dil mera’, ‘Wada tera wada’ and many more. Actress Aruna Irani and Bindu had a gala time on the sets shaking legs with the youngest contestant of the show Rupsa Batabyal.

Moreover, Shilpa Shetty Kundra was seen celebrating her birthday with the entire team of Super Dancer Chapter 3. While the red lipstick and minimal makeup made Shilpa’s look on four moons and Shilpa’s birthday cake was also very special. The name SS of Shilpa on her cake was written which sounded fabulous. With this, Shilpa celebrated her birth with the entire Super Dancer team and in the meantime, Shilpa was seen having a lot of fun that you can see here. That’s where the pictures of this celebration are going viral quite a lot on the social site and now the fans are making these pictures quite like them.