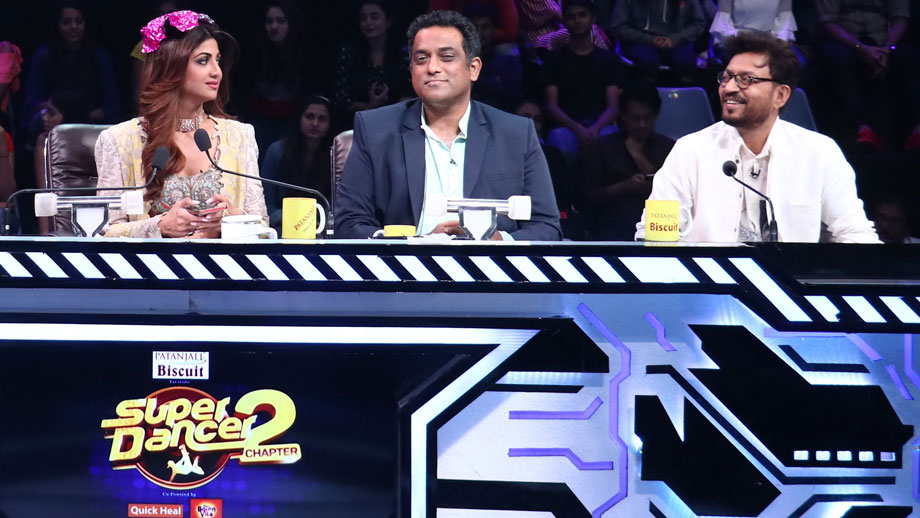 The upcoming episode of Sony Entertainment Television’s kids dance reality show Super Dancer Chapter 2 will see Irrfan Khan promote his upcoming film. The actor was in awe watching the contestants put up some great acts and couldn’t believe the energy and enthusiasm they possessed. Interestingly, he was also a part of all the fun that happened on set.

During the shoot it was revealed that Super Judge Shilpa Shetty Kundra had failed in Marathi during her schooling. The actor turned judge mentioned about it on the show when Super Host Rithvik Dhanjani started asking the talented kid dancers about their toughest school subjects. When Shilpa faced the question, she mentioned that she used to fail in Marathi and found it the most difficult subject. However the actor can speak Marathi now fluently.

Shilpa’s honesty made everyone break into a laughter. Everyone then also mentioned about their toughest subject. While Anurag Basu and Geeat Kapoor mentioned Maths, Irrfan quite funnily considered all the subjects tough.