Shilpa Shinde, Sidharth Shukla, Prince Narula and Gautam Gulati have been winners of the popular reality show Bigg Boss over the years. Bigg Boss entertains its fans with an out of the box tasks every season along with some interesting contestants. No matter what, it has always been a show aimed at entertainment as it is the viewers who decide the winner. These Bigg Boss winners managed to win hearts every season.

Gautam Gulati won in season 8. He faced competition from his antagonist in the house, Karishma Tanna. After winning Bigg Boss, Gautam Gulati went on to star in Azhar and was last seen in the 2019 web series, Operation Cobra on Eros Now.

After winning MTV Roadies and Splitsvilla, Prince went on to win Bigg Boss season 9, pulling a hattrick in reality TV. After the win, Prince bagged his first acting opportunity on TV in Badho Bahu. Since he has been seen in various TV dramas like Laal Ishq and Naagin 3. In 2019, Prince also won Nach Baliye 9 with his wife and fellow actor, Yuvika Chaudhary.

This popular Indian television actress Shilpa Shinde gave up her career in TV post her Bigg Boss win for a career in politics. She won season 11. In 2019, she joined the Indian National Congress.

The latest installment of the show, Bigg Boss 13 was won by the TV actor, Sidharth Shukla who is known for his roles in Balika Vadhu and Dil Se Dil Tak.

Who is your favourite winner? Comment below and let us know 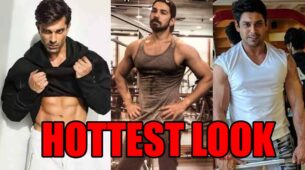