We often come across reality shows on Indian television that entertain us to the fullest with their contests. One such show we all know is Bigg Boss and we are here to tell you more about the shenanigans in the show. 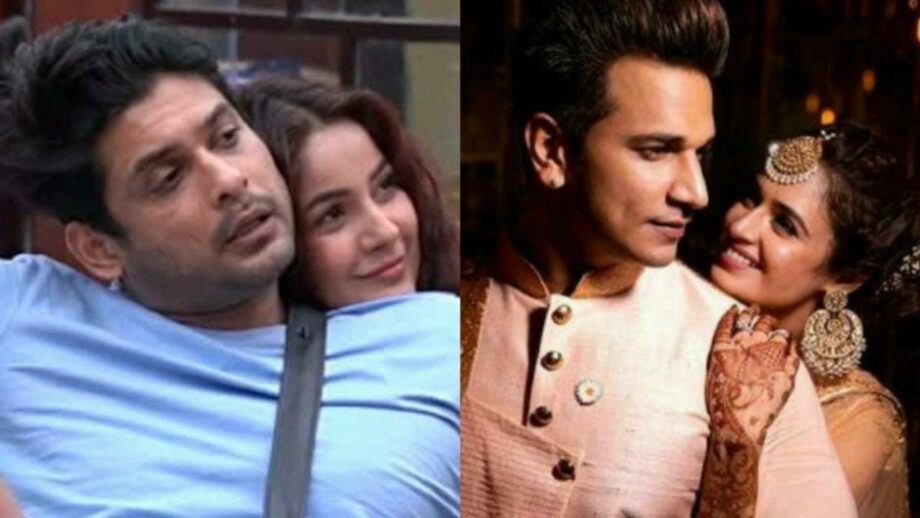 Bigg Boss is the most watched reality show on Indian television at the moment. This show is loved due to its setting and pattern. But what makes it even better is its contestants every year. There are constant misunderstandings and make ups in the house. But between all the chaos is also some romance that makes it better. We often see couples forming on the show with their cute chemistry throughout, and living happily off screen too.

Here are some of the couples we know of since season 9:
1- Back in 2015, it was season 9 of the show, where we saw the couple of Prince Narula and Yuvika Choudhary form. We found the couple’s chemistry cute and what was cuter was Prince’s proposal to Yuvika with a heart shaped roti that he made.
2- The best couple we just cannot let go of was the couple of Kushal Tandon and Gauahar Khan. This couple can easily pass as couple goals. While they were rumoured to be dating on the show, what we loved about them was how they defended each other when anything came against them in the house.
3- Now we take a leap back to the 2nd season of the show when we saw Payal Rohatgi and Rahul Mahajan getting together. The couple was without any doubt one of the most unforgettable ones the show has ever known.
4- We now go back to season 9 again, where we saw Rochelle Rao and Keith Sequeira. The couple had a bond so strong and they connected so much that they ended up getting married right after the show was over and are one of the very few couples that have lasted to this day.
5- This year, in the 13th season of the show, we have come across Siddharth Shukla and Shehnaz Gill who seem to be getting pretty close, and according to some sources, might even be dating. However, the only way to find out where this duo goes is to watch the show.

We hope to see the couples happy in future too. Stay tuned with us for more updates on your favourite celebs.