SAB TV’s Tenali Rama completes 400 episodes and the cast and crew recently joined in to celebrate the occasion. 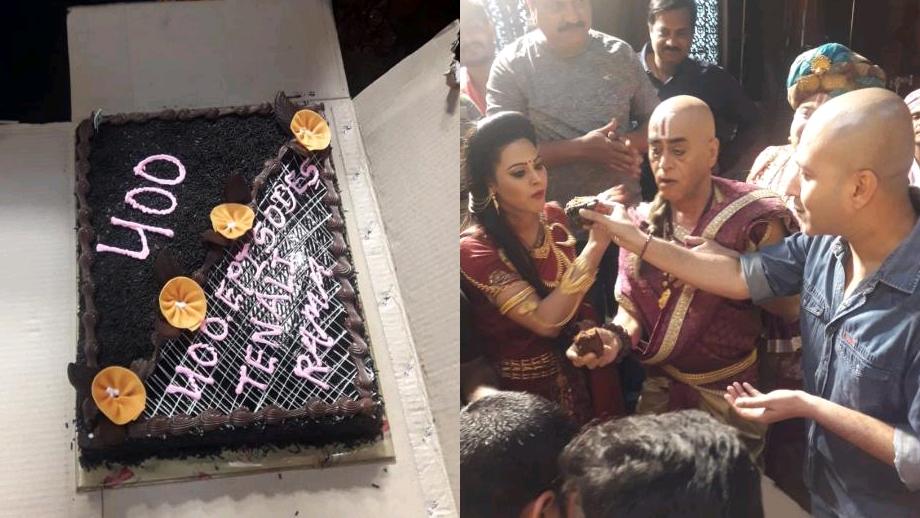 Sony SAB’s historical comedy drama Tenali Rama has successfully completed a milestone of 400 episodes. Having impressed viewers with intelligence and wit demonstrated by Rama (Krishna Bharadwaj) and the comically evil intentions of Tathacharya (Pankaj Berry), the show continues to be a favorite amongst its audience. The characters of this show have managed to find a space in the hearts and minds of viewers, right from kids to adults.

The cast of Tenali Rama celebrated this joyous occasion with a celebratory event, thanking viewers for their endless support and love. The show is produced by Contiloe Pictures.

Krishna Bharadwaj, playing the titular role of Rama said, “The success of this show is because of our lovely audience who motivate us to work harder every day. It has been an amazing experience shooting with such a talented and fun cast. We hope to entertain our viewers even more with many such milestones to come.”

In the coming weeks, viewers will see Rama convincing Krishnadevaraya to build a new Gurukul in Vijayanagar, due to Gundappa’s urge to study. While the king agrees, Tathacharya makes it difficult for Gundappa to join the Gurukul by putting forward a tough entrance exam for the selection of only the meritorious Raajputras. To everyone’s surprise, Gundappa passes the exam; however the King comes up with another test for him to prove his eligibility.

How will Rama motivate his friend to maintain the urge of studying amidst all these difficulties?

Here’s wishing the entire team of Tenali Rama all the best for a rocking future!!