Cleanliness drive on the sets of Mere Sai! 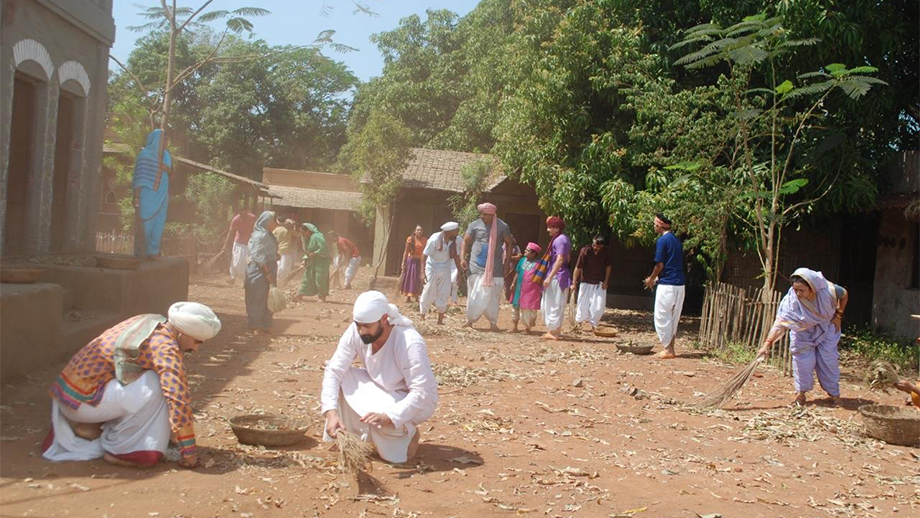 Mere Sai which airs on Sony Entertainment Television is known for taking up real life issues and showing ways to solve them and soon it will be seen spreading a message of clean and green environment.

As per the current track, the cast of Mere Sai will be seen undertaking a cleanliness drive in the surrounding area prior to a British officer’s visit. Both Abeer Soofi who essays the role of Sai Baba and Toral Rasputra who plays the role of Baiza Ba are cleanliness freaks in real-life. So much that they ensure that the set and its surroundings are clean and there is greenery everywhere. The entire cast and crew also ensure that it’s a clean working space.

Abeer Soofi said, “While on the show, cleanliness drive will be undertaken on arrival of a British officer, but what I believe is that, guests shouldn’t be the reason for one to clean up their houses, it should be a habit. I strongly believe in a clean and green environment and I feel that it is my responsibility to keep it clean. If everyone does their bit, we can make our country a cleaner place to live.”

Toral Rasputra said “I am a cleanliness freak in real life. I don’t litter, nor can I see anyone litter. I am glad to be working on Mere Sai, because the sets are very tidy. A clean environment can energize you to work better. I have always promoted this and I am happy that we undertook cleanliness drive, this will help us reach to the masses and pursue them to do the same.”