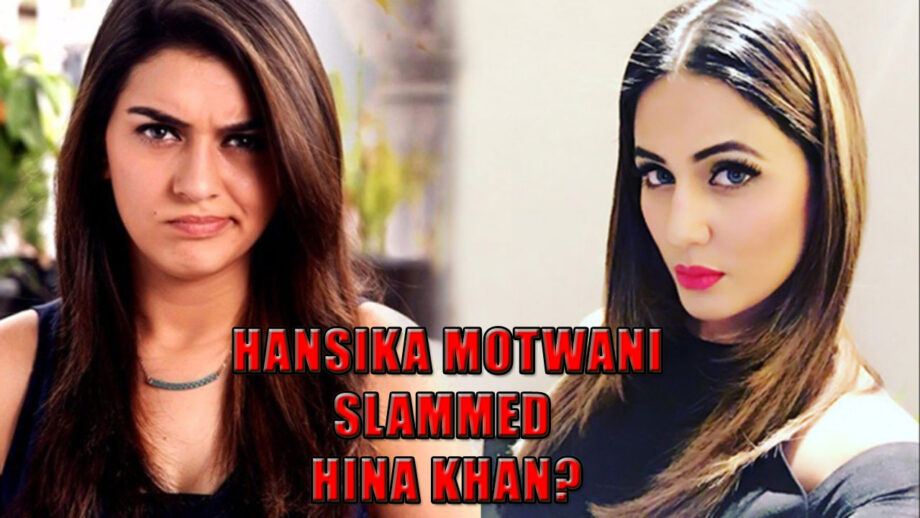 Many times, we invite troubles in our lives unknowingly and unintentionally. Well, this thing happened with one of the most known actresses Hina Khan back when she was seen in the Bigg Boss 11 and she said something which she wasn’t supposed to say.

Talking of Hina Khan, we know how she has made herself big with time, and with years passing by, she has just proved her fans right by emerging as one of the most popular and sophisticated actresses of all time. Say her acting accolades in Yeh Rishta Kya Kehlata Hai and Kasautii Zindagii Kay, her style files in real life, and her dressing sense on her social media, this totally makes her stand out from others.

Now throwback to Bigg Boss 11, when the contestants like Shilpa Shinde and Hina Khan were entertaining us. But when Hina Khan passed a statement on the South Indian Industry and trolled them, Twitter was on fire. Hina Khan said that “I know that they (South Indian producers) want their heroines to gain weight and flaunt their bulging figures. I was in fact offered two films by two very big production houses which I refused since they asked me to gain weight as well.”

To which two of the South Indian actresses came to her opposition and replied to her in various tweets. One of them was Hansika Motwani who slammed Hina Khan by tweeting various tweets, check out below some of them!

As an actress from the south industry, I would like to say I'm very proud be from our south industry and whatever #hinakhan is saying (cont) https://t.co/6ByNcYt8yI

Doesn't she know a lot of Bollywood actors hv worked & are working in the our south industry ! Shame on you #hinakhan for trying 2demean us https://t.co/6ByNcYt8yI

What is this suppose to even mean?How can she even degrade south industry like this ? #shamehinakhan (cont) https://t.co/6ByNcYt8yI