Read to know about Sumedh Mudgalkar's journey to the top The actor is surely gaining many admirers with his boyish looks and sweet personality. Similar to his on-screen character, the actor is also a hit among the ladies off-screen too.

The actor has never undergone formal training. He has learned dance by watching performances on the internet. He made his dance debut on a Marathi reality show Dance Maharashtra Dance in 2012 and later in Dance India Dance Season 4 in 2013 where he reached the finals.

Mudgalkar made his acting debut in Channel V’s Dil Dosti Dance, a dance based youth show where he portrayed the role of Raghav aka Raghavendra Pratap. He was loved by viewers for his acting and dance talent.

Later, he rose to fame after portraying the negative role of Yuvraj Sushim in the Indian historical drama Chakravartin Ashoka Samrat.

Since 2018, Sumedh is playing the role of Lord Krishna in Swastik Picture’s magnum opus Radhakrishn on Star Bharat. He is now an apple of everyone’s eye! 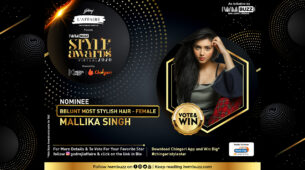