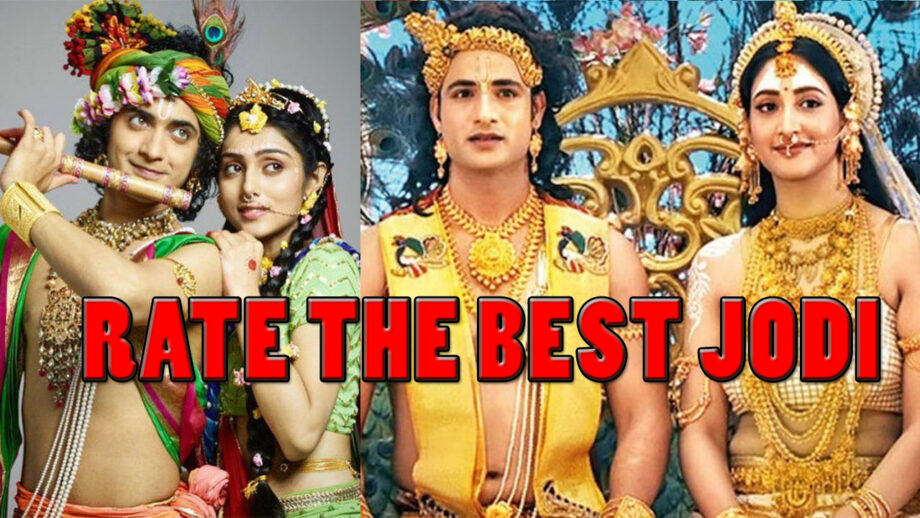 We have seen the evergreen Jodi of Ram-Seeta, Radha-Krishna, Arjun-Draupadi and so many more couples from the mythological shows who gave us the real image of their lives. Talking of them we can’t decide who is the best Radha and Krishna so today, we thought of asking your help to decide the best between Mallika Singh-Sumedh Mudgalkar and Shivya Pathania and Himanshu Soni!

Star Bharat has never failed to entertain its audience over the years. We have seen how the show RadhaKrishn has been one of the best shows in terms of TRP and also in the minds of its fans. The holy and best chemistry of Radha and Krishna is well portrayed by Sumedh Mudgalkar and Mallika Singh. Sumedh gave justice to Lord Krishna as he did a good job with his emotions and actions while Mallika Singh too got well with Radha.

The Jodi we are talking of now has got a golden chance to play the roles of Radha and Krishna. Isn’t it a great coincidence to see the Jodi of Shivya Pathania and Himanshu Soni playing Radha and Krishna twice on the same channel Star Bharat? Well, they have been the darling of their fans so they got a chance to portray the same in Ram Siya Ke Luv Kush too.

Now with both the couples performing their roles with perfection, we can’t decide who played the best Radha and Krishna. Sumedh Mudgalkar and Mallika Singh or Shivya Pathania and Himanshu Soni?