Over the years we have come across some of the finest daily soap actresses on Indian television. These actresses have not only stolen our hearts with their amazing acting skills but also their amazing looks. We too know two such actresses and here is where we need your help to choose who the true queen of telly town is. 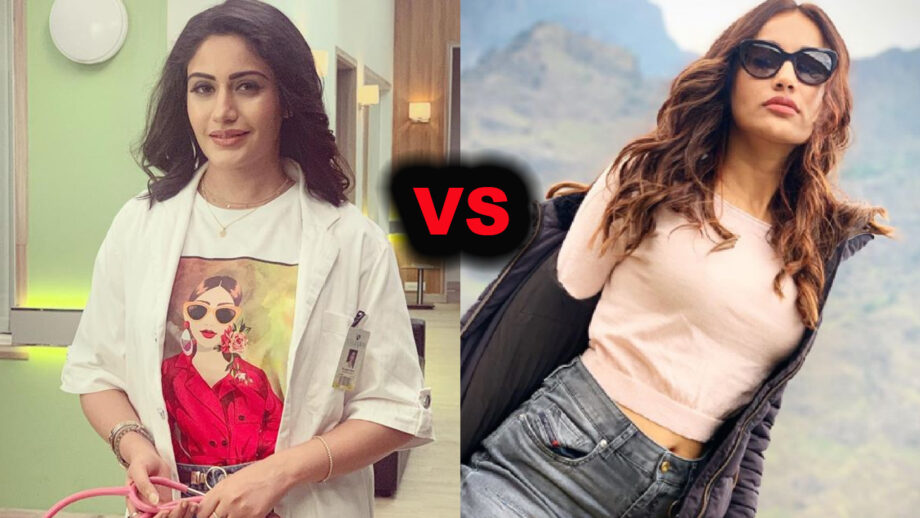 Surbhi Chandna is by far one of the most loved daily soap actresses on Indian television. The actress was loved since she first appeared on screen. She was also seen in the famous serial Ishqbaaz alongside Nakuul Mehta and did commendably. However, fans loved her so much that they started writing to the makers of the show to get her back on screen with Nakuul Mehta. The actress is also loved for her features like her doe like eyes, flawless skin and precious smile.

On the other hand we have Surbhi Jyoti who is one of the finest actresses that the telly world has ever known. The actress now has a fan base of millions due to her amazing acting. The star was also seen in the serial Qubool Hai. After that she has also appeared in Naagin 3, the show which was number 1 in it’s first season. She is also loved for her great looks which include her twinkling eyes, her dimply smile and luscious locks.

We think both the actresses are great and equally deserving of the title and here is where we’re asking you to let us know below who you think should win this battle.