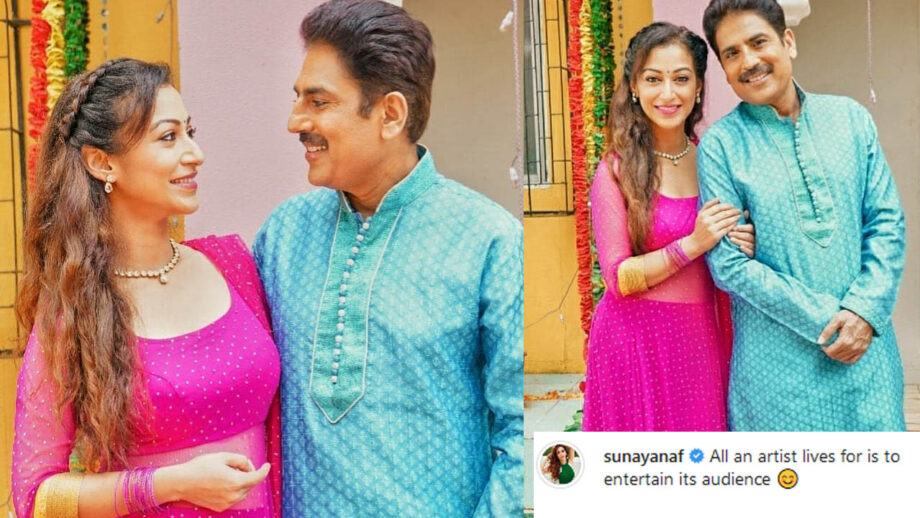 Taarak Mehta Ka Ooltah Chashmah’s Anjali Bhabhi and Taarak Mehta are one of the most adorable and loved on-screen couples of the TV industry and when it comes to giving their fans a visual delight together with their chemistry, they do it brilliantly.

Once again we see them doing the same with their latest photo where they are getting all romantic. Take a look –