Throwback: When Tapu went on one knee to propose to Sonu in Taarak Mehta Ka Ooltah Chashmah! 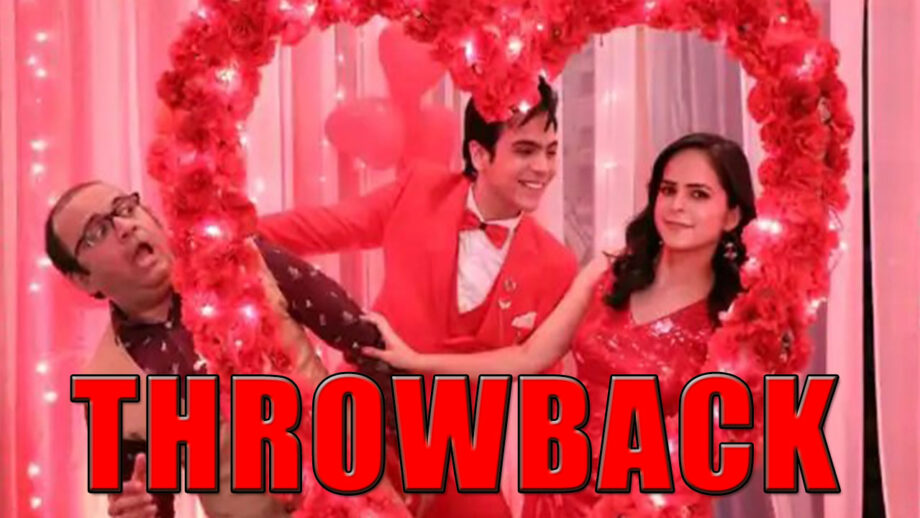 It all started back when Bhide got a call on his phone and the person asked him to be his Valentine but Sonu picked up the call and hung up. Later, Bhide went to some secret PCO and called Tapu and said in Girl’s voice, I LOVE YOU but Tapu said that he loves someone else and ended the call. Later, when Bhide comes to the Gokuldham colony, he sees the bright arrangement made by Tapu Sena for the special Valentine’s Day.

Later, Tapu asks Sonu to join him on the stage and starts expressing his feelings. Right from their friendship since childhood to be the best mates, he shares everything on the stage. Then Tapu asks her if she would be his Valentine. Later, he says those three magical words, I LOVE YOU. Seeing this, Bhide gets furious and is about to burst out at Tapu for proposing to his daughter but gets more furious as Jethalal fails to take any efforts to stop his son. Instead, Jethalal is smiling and cheering Tapu for his courage. Later, Bapuji and Jethalal call him Samdhi.

Bhide straightaway gets on stage and catches Tapu’s collar to beat him and simultaneously Madhavi and Sonu try to wake him up, whoosh, what a dream Bhideji! But we would like to see this happening in the coming years as the chemistry shared by Tapu and Sonu is mesmerizing. Stay tuned with IWMBuzz.com for more updates on celebrity stars.